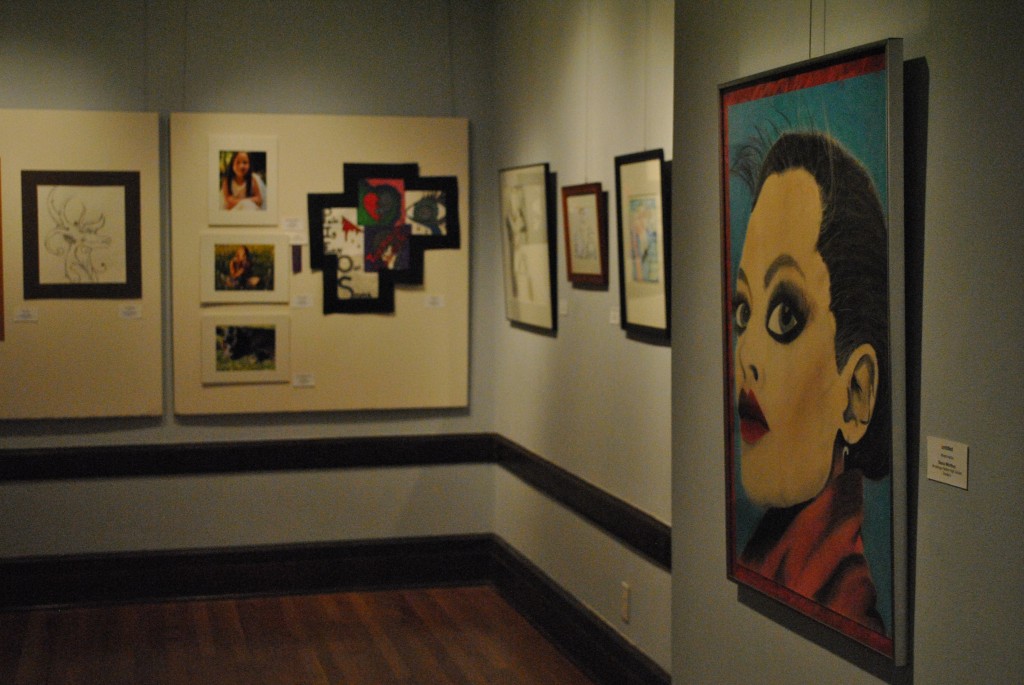 A vision sparked by the Coos Art Museum and Southwestern Oregon Community College (SWOCC) has given high school students in southern Oregon an opportunity to win up to a two-year tuition scholarship to SWOCC. Students were given until Feb. 20 to submit artwork to their school, which was then screened by a Fine Arts Committee who selected the top 10 pieces of artwork from each school for the Visions Art Competition.

Archie Davenport, the manager in charge of Visions, said the competition has been ongoing since 1997, with schools spread throughout Oregon becoming involved.

“The competition is mostly local, but schools as far as Grants Pass, Glide, Drain and Brookings have submitted art,” Davenport said.

According to Steven Broocks, the director at the Coos Art Museum, there are an average of 80-100 submissions each year from 10 schools. The Best of Show, first and second place winners all receive a two-year tuition-waiver scholarship to attend SWOCC, in addition to their piece of art being purchased by SWOCC.

Jeff Jacobson, art teacher of 17 years, said because of the small number of participants, the odds of winning a scholarship are higher than most competitions.

“The grade and GPA of the applicant doesn’t matter, just the art,” Jacobson said. “There are far better odds of winning than in essay contests.”

Broocks has seen a variety of artwork over the years and said the most essential factor being a completed piece.

“The important thing is that art is ready to hang,” Broocks said. “There have been paintings, drawings, photos and sculptures up to six feet long.”

Amy Norton, a freshman entering Visions for the first time, said the rules and deadlines set by the competition have benefitted her as an artist.

“The competition has helped me follow guidelines better,” Norton said.

Broocks said in addition to giving participants experience with guidelines, the competition can help young artists decide their career path.

“For someone who really wants to be an artist, seeing their work on display is a great kickoff to deciding what they want to do with their life,” Broocks said.

The competition has already affected Norton, who said she is planning to participate in Visions all four years of high school. Norton, who took her first artistic steps at age four, said art has played an important role in her life.

Jacobson said art is a valuable skill that can prove useful to young artists in whichever career they choose.

“Art is useful in every field,” Jacobson said. “I can’t think of a business that doesn’t use art.”

Broocks said an artistic background can prepare one for the future; however, he also said being an artist is more than just an occupation.

“Artistic activity is part of what makes us human,” Broocks said.

The public was invited to see the artwork in the Vision 2014 exhibition, which took place at the Coos Art Museum on March 7. The awards were also presented on March 7. The best of show winner was Eric Spetzler, a junior from Brookings-Harbor. The piece was called “Fast Food” and was in the mixed media category.

Broocks said experiencing the artwork at the Visions Exhibition is like seeing a window into the future.

“It’s fun to see people developing into artists,” Broocks said. “You can tell if someone continues with their idea, it will turn into something very interesting.”