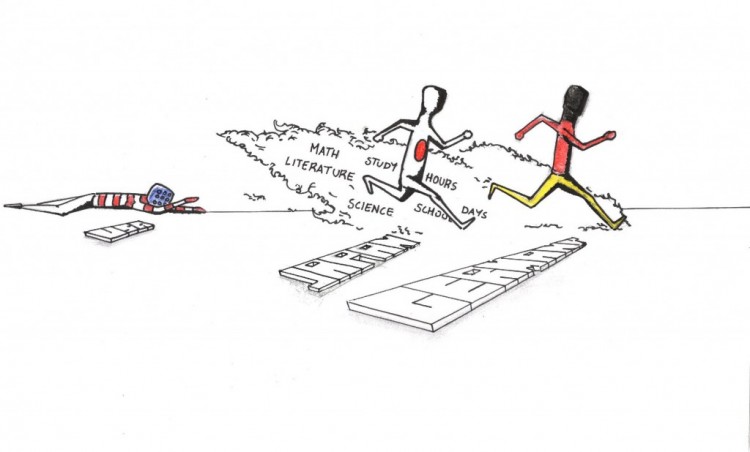 November results of the Nation’s Report Card have revealed only a little more than one-third of students are proficient or higher in reading, and 40 percent of fourth graders and 35 percent of eighth graders have reached a passing level in math. What is even more disconcerting? Compared to previous years, fourth and eighth graders are scoring their best ever in math and making some progress in reading.

While this year’s National Assessment of Educational Progress scores may have risen from previous years, they still prove to be a stark reminder of just how far the nation’s students are from achieving the No Child Left Behind act’s goal for every child in America to be proficient in math and reading by 2014. Unfortunately, this year’s SAT scores have raised serious concern for high school education as well. According to the College Board, the SAT reading scores for the class of 2011 are the lowest on record, and the combined reading and math scores have fallen to their lowest point since 1995.

While many fear the future of the U.S. education system, more alarming is our performance compared to foreign competitors. Currently, American students trail far behind their Asian and European counterparts in nearly every form of achievement, especially in math and science. Furthermore, the recent evidence suggests we are falling further and further behind.

One of the greatest factors contributing to this deficiency is the lack of adequate time designated for learning. According to the National Education Commission on Time and Learning, the majority of American students spend only about 41 percent of the school day on basic academics. With schedules full of non academic electives, sports and an assortment of extracurricular activities, the typical American high school student spends only 1,460 hours studying subjects like math, science and history during their four years in high school. While this may seem like a large number standing alone, compared to Japanese students who spend 3,170 hours studying such subjects and French students who spend 3,280 hours on academics, it is no wonder we have fallen behind.

Not only is an inadequate amount of time devoted to academics in American schools, it is often wasted disciplining troublesome students who have no desire to obtain a secondary school education or focused on those whose learning levels are much lower than the rest of their classmates. All of this takes away from other students’ education.

The way the American education system is set up is one of the biggest contributors to its students’ deficient scores. For example, compare it to the German education system. From grades one through four, German children attend elementary school where the subjects are taught the same for all. After the fourth grade, the students are separated according to their academic abilities and wishes of their families. They have three different schools to choose from: Hauptschule, Realschule or Gymnasium. Hauptschule teaches the same subjects as Realschule and Gymnasium, but at a slower pace. An education at this school will lead to part-time enrollment in a vocational school paired with apprenticeship training until the age of 18. Realshule is similar to a trade school, leading to part-time and higher vocational schools. Gymnasium leads to a diploma and prepares students for university study upon graduation at the end of the 12th or 13th grade. This education system better matches students’ learning abilities, allows them to gain experience in their future career field while in high school, and is known for producing high-performing students. It is also important to note that German students dedicate 3,528 hours over four years to the furthering of their education, nearly three times the amount of time devoted to core academic subjects in American schools.

If the U.S. wishes to regain its competitive edge, it must mirror the educational practices of top-performing countries, such as Germany, and set more time aside for academics. Until these changes occur, the children of America will continue to be left behind.