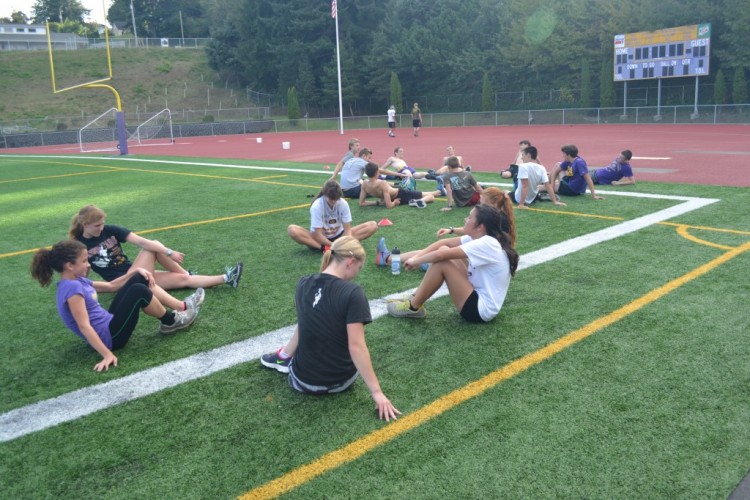 The Marshfield cross country team is ready to run to victory in the upcoming district and state meets.

Coach Doug Landrum said he is confident in the team’s efforts this year.

“Despite having low numbers and being young, I feel that we have a very competitive team in our league and several athletes that are state level,” Landrum said.

The team will face Siuslaw, the 4A state champion title holders for the past two years, at the OSAA state meet in November.

The team is led by senior captains Shaylen Crook and Lindsay Devereux and junior captains Colby Gillett and Dakota Pittullo.

“I feel that Landrum picked me because he knew that I could be there for the team,” Gillett said. “Having four captains brings a lot of knowledge to the team.”

Crook leads the girls team through hard work and dedication.

“Lindsay [Devereux] totally gets everyone motivated, but I lead by example and show people that working hard pays off,” Crook said.

Moving to the Far West League has brought some changes to the competition.

“State will be interesting this year because I won’t be racing the girls I had been racing with for years and years,” Crook said.

Previously, Marshfield ran against strong teams in the 5A classification such as Summit and Corvallis.

“Shaylen is at the top of our women’s group and certainly can be viewed as one of the top ten girls in the state,” Landrum said.

Crook is currently ranked number one in the state for the girls 4A division with a time of 17:57. The distance run by high school cross country athletes is 5,000 meters. Crook has a 22 second lead over the next ranked time.

Several athletes have been training for the season since summer.

“I have been running since my eighth grade year,” Gillett said. “People who do running sports have to train all year round.”

Landrum said training must be done in a way that the athletes do not get injured before their season.

“The overall principle of the distance program is alternating hard and easy days as opposed to being overly aggressive in the beginning of the season and having athletes be constantly ill or injured,” Landrum said.

Landrum said he wants the team to be healthy for their first year in the Far West League.

“The best gains that I’ve observed as a high school coach is keeping my athletes healthy season after season so that they continue that upward climb,” Landrum said.