Chewing Tobacco use is on the rise 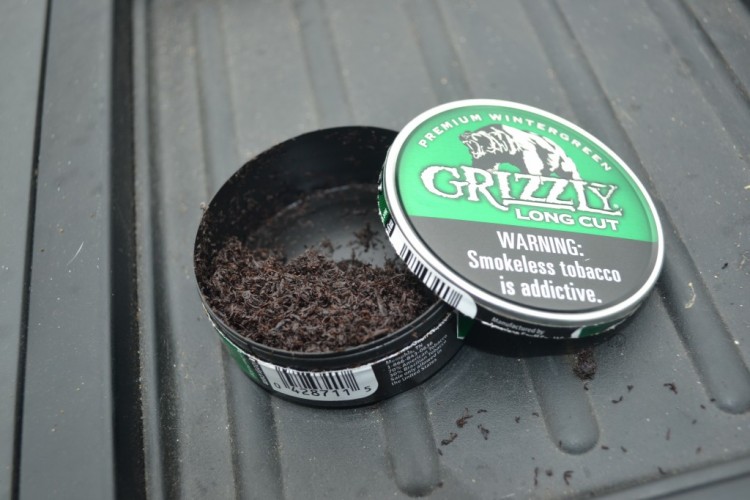 Smokeless tobacco use appears to be on the rise at MHS.

Spanish teacher Floyd Montiel has seen the growing use of tobacco.

“I’ve seen an increase [of chew spit] in drinking fountains, sinks and even in bottles of chew just lying around,” Montiel said. “I think it’s a gross habit, myself.”

Timothy*, a junior, is one such user.

“It was the beginning of my seventh grade year, I would say,” Timothy said.

Timothy began using chew at age 12 and has been a user since. He goes to chew as a means to find relief from stress.

“It takes your edge off, it makes you relax,” Timothy said. “That’s what I fall back on when I’m stressed and stuff. It’s nice to have every once in a while.”

Timothy was not pressured into the act, but was willing to give it a try.

“I knew some of my friends did it, and I had been curious. I wasn’t pressured or anything,” Timothy said.

Rick*, also a junior, is a former chew user who started because of peer pressure. He gave it up because he knew it would only lead to trouble.

“My mom and dad almost caught me, and I also didn’t want to get an MIP,” Rick said.

A 2010 survey by the US Substance Abuse and Mental Health Administration shows 8.9 million Americans use smokeless tobacco, and nearly 3.9 million of those started before age 18.

According to Marshfield security guard Todd Tardie, any minor caught with a form of tobacco in their possession will be charged with a Minor in Possession of Tobacco (MIPT) and fined $75 by local authorities. Due to Marshfield’s tobacco-free policy there is a risk of a two to 10-day suspension, for breaking school rules.

The law is not the only source of consequence. Nurse Shannon Mason of the PinnacleHealth System in Harrisburg, Pennsylvania said one pinch from a can delivers three to five times the amount of nicotine in one cigarette. Not only are there no proven long-term benefits to ingesting nicotine, but there are around 28 known carcinogens found in smokeless tobacco which may lead to oral, esophageal and/or pancreatic cancer, according to the National Cancer Institute. There are also noncancerous conditions caused by tobacco including heart disease, gum disease and oral lesions (which may later result in cancer).

Some students who use chew become aware of the various, negative effects of it.

“I probably wouldn’t do it again,” Rick said. “It’s pretty bad for you.”

Senior Thailor Gonia, a tobacco user, knows of the effects of smokeless tobacco and would give it up if his health was in question.

“If I got mouth cancer or something, I would quit,” Gonia said.

Not only is it bad in terms of well-being, but according to Officer Pete Kirk, it can limit job opportunities, potential spouses, ruin one’s personal image or even make others not want to be around the user.

“I don’t want to be around it, because I don’t like it,” Sherley said. “However, I’m not going to be offended if I am around it.”

Smokeless tobacco use has recently become more of a problem than it was in the past. Montiel has seen the rising issue.

“Within the last year I’ve seen a [large] increase . . . more than in the past five years or so,” Montiel said.

Kirk is also aware of the amount of high school tobacco use.

Senior Michael Stephens has seen visual evidence grow at Marshfield and finds the littered tobacco to be distasteful.

“I see chewed tobacco on the ground a lot,” Stephens said. “I used to believe in trying everything once, but I’ve seen a lot of people chewing, and it’s really disgusting.”

*Names have been changed to maintain anonymity