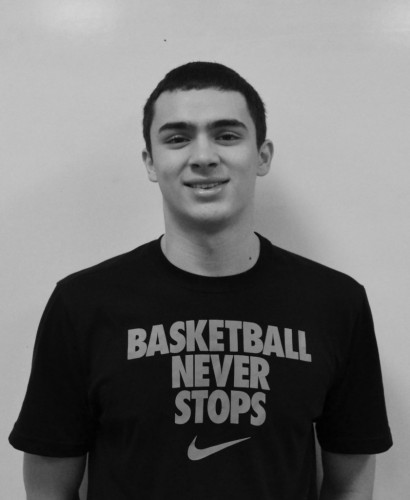 After being on a football team that has only won a single game in the past two years, I was excited when I heard Marshfield athletic directors Boyd Bjorkquist and Mike George requested that MHS be reclassified as a 4A school instead of 5A.

Due to lack of numbers, many of Marshfield’s sports teams are simply not as skilled and cannot compete with the bigger 5A schools. The reclassification of Marshfield will benefit most of the athletic programs. Some teams, such as dance, wanted to stay in 5A due to the presence of a few teams that are “power houses” among 4A schools, but our dance team is good enough to be able to maintain their status in the state.

Now that Marshfield is 4A, we will be in the Far West League, among other south coast schools. This means Marshfield will once again be in the same league with our cross-town rivals, the North Bend Bulldogs.

Since this was the second year in a row Marshfield requested the reclassification, I was more optimistic knowing the total student enrollment had dropped this year to fall about a hundred kids short of the minimum number to be classified as 5A.When word spread that Marshfield was going to 4A, I was ecstatic.

Now that MHS will be competing against schools of the same size, MHS athletics will be competing more in playoffs and district events. Many of the schools in the Midwestern League had several hundred more students than MHS, making it difficult to be competitive.

Traveling will not be nearly as brutal in the Far West League compared to the Midwestern League. This may not seem like a factor, but in sports like volleyball, basketball, baseball and softball, teams play multiple times a week, sometimes having two away games in a row. Traveling to the valley to compete and not getting back until around midnight takes a toll on athletes.

Overall, I believe Marshfield going 4A is the best thing for Pirate athletics as a whole. This will help make Marshfield more competitive due to the fact we will be playing teams our own size, and people will see better season records from the majority of the teams. I cannot wait to win several football games next year and get MHS football back to having successful seasons.