The Henson Brothers present: “Daze of the Dead” 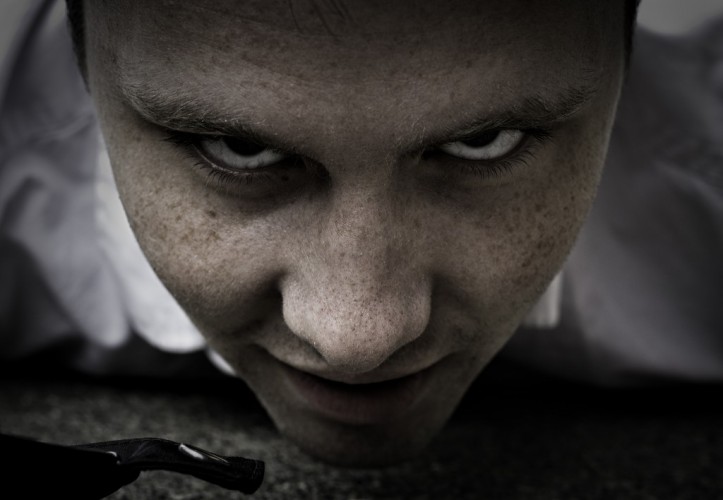 Dark red blood spurts in all directions, bones snap and people shriek in terror as the gory, decaying bodies of flesh-hungry zombies surround them, turning the very worst of their nightmares into chilling reality.  Most would agree this to be the overall theme to any typical zombie movie, but Dana Henson decided to take a different path.

Henson, a 2011 MHS graduate, spent the summer writing and directing a film that was presented at Zombie Fest on October 14. Although it took several days to film and weeks to edit, “Daze of the Dead” turned out to be relatively short, but Henson believes the story is still strong and intriguing.

“The tough thing about short films is you have very little time to tell a story, so instead of trying to make something really complex, we tried to make it more about the environment rather than focusing on one aspect of the situation,” Henson said.  “We wanted to show people just a few hours of our main character’s life at this point in time and that was our general approach.”

The story takes place in a post-zombie apocalyptic world, where zombies have realized their natural instincts of eating people are backfiring and getting them killed. Instead, they have evolved and decided to live like human beings, and the people of the world are forced to incorporate them into society.

The film gives one a brief look into the life of a man named George, who has been alive since before the zombie apocalypse and has recently been fired from his job and replaced by one of the living corpses.

“George is just the everyman. His main dilemma is that he is uncomfortable with the way society has turned out, but he’s not sure how to express his feelings because it wouldn’t be considered politically correct,” Henson said. “Toward the end of the movie, he starts to become more vocal with his opinions.”

The cast consists of a variety of characters, some human, others not.  Members include senior Mike Stephens and Marshfield graduates Bret Bynum, Amanda Lilienthal, Caitlin Mansfield, Mike Millan, Moriah Miller, and Kyna Robbins.

Stephens played the role of Bub, the zombie. He had expressed interest in the film and was thrilled when he received a call from Henson informing him that he could be part of the movie.

“Being a part of this really helped me understand the difference between live acting and film. The angle at which the audience sees you can be a huge factor in how they perceive the whole scene,” Stephens said. “I loved the overall experience and I honestly didn’t think I would be a zombie until later in my senior year.”

George, the lead role, is played by 2012 MHS graduate Connor Bryant. He said he loved the acting experience, but one of the best parts of filming was the location in which Henson decided to shoot the movie. Most of the scenes from “Daze of the Dead” were taken in local areas, which is what Bryant thinks makes the film so great.

Bryant said another fun aspect of shooting it in town was having people stroll by and stare at them curiously, wondering why in the world these kids were dressed so strangely.

“For the most part, people enjoyed it, walking by and saying something to one of us or asking about it,” Bryant said. “In one scene that we filmed in Shark Bites, Bret Bynum’s character stands up and throws money at me in rage, and at that moment, a group of women were walking by outside the window, and they just stopped and stared at us, shocked that someone would do that in a restaurant. It’s just the little things like that that make the whole process more enjoyable.”

Bryant is currently attending Southern Oregon University while majoring in theatre and plans to pursue a career in professional stage and screen acting.

“It was great experience before I start school,” Bryant said. “It’s like stretching a muscle. This way, I didn’t go the whole summer without doing any acting.”

Andy Moe, director of photography, said the best thing about this film is how much the producers stepped outside the box in order to create it.

“I think our only concern was that it’s not your typical zombie movie, and people might not take it as well as they would a traditional film,” Moe said.

After all of the hard work, Henson believes the movie turned out to be a success and after the festival, it was posted on YouTube for public viewing. All members of the film crew felt it to be a major success.

“It’s a social satire that happens to have zombies in it and we hope people can understand the humorous aspect, but also take it seriously, for the story and the performances,” Henson said. “We are really confident that it turned out to be a quality film and we hope that people really enjoyed it.”