It could be anyone. 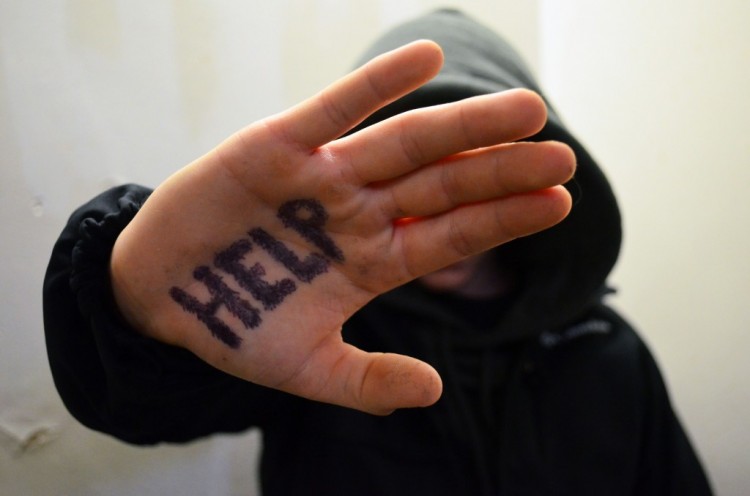 Steven, a Marshfield senior, suffers from depression and knows he is not alone. Depression causes grief for many teens around the globe, and MHS is not exempt from this daunting issue.

“It could be the cheerleader or the smartest kid in school, but they can be dealing with depression. Kids just brush this issue off and think the people who cut themselves are retarded. People with depression just can’t see that it isn’t so bad,” Steven said. “People tell you time heals all wounds, but to people with depression that time seems like it will only make it bigger.”

Steven said adolescence is a very difficult time for those suffering from depression and any little thing can trigger a dynamic response.

“School brings out so many insecurities. You are surrounded by all these eyes who are judging you. One kid can hear his shoes are gross and not be phased, but a kid with depression can hear the same thing and hate his parents for not having money to buy new shoes, hate his friends for not telling him his shoes were ugly, or his life for not having the chance to get new shoes,” Steven said. “To them, dressing wrong or doing something that is not accepted is the end of their world.”

“Usually they don’t come in specifically for depression, but somewhere in the conversation it will come up,” Williams said. “I see about three kids a day when I’m here that have a problem with depression.”

“Usually there is some sort of family issue, whether it be parents not being supportive or kids getting stressed out,” Skinner said. “Loss of family or friends is a very hard experience for kids.”

This is true for Steven.

“I think it started when I was like 15. Both of my parents are drug addicts and my mom is an alcoholic. It really ate away at me,” Steven said. “I was ashamed and embarrassed and I didn’t have any other parents or other people to look up to.”

When people dealing with depression are lacking someone to reach out to, seeking medical help is perhaps a very responsible decision. Debbie Kirby, a psychologist at the Coastal Center in Coos Bay, counsels minors for various mental health issues, including depression. She offers some encouraging advice.

“There is hope,” Kirby said. “Through therapy, we go through the various ways that things can be different. I make sure they know it doesn’t have to be this way forever.”

For Steven, this hope is sometimes difficult to hold on to. He has suffered through difficult spans of time with his depression and has found it challenging to get through them.

“When I am depressed for a while I will start thinking about suicide. My life would get so bad that I would feel like death was the only escape. You get to the point where a period of no pain seems so nice,” Steven said. “I tried pills, but I would puke them up or get rushed to the hospital. I started to cut myself, and I wouldn’t cut deep enough. I would look around my house for rope but realize there wasn’t even anywhere in my house to do it. One time I ended up on the North Bend Bridge to do it but eventually I chickened out because I thought about the people my actions would affect.”

This kind of depression is what causes Kirby to believe medication may be a more effective route for treatment.

Williams has a plan of action when a student with depression raises a concern.

“A lot of times I talk to them about people who are positive for them. Sometimes it’s other kids who are bringing them down,” Williams said. “Sometimes I call their parents if it is super bad depression. I believe parents should be involved in situations like these. From there I go to counseling.”

Even though this disease seems like a life sentence, there are many people who are there to help. Kirby said depression is hurtful, but also repairable.

“It’s a problem because it robs kids of happiness in their adolescence. It makes life harder than it needs to be. Teen years are hard enough without depression,” Kirby said. “As a counselor I want people to be happy and have joy in their lives. I want them to know there are options to fix this and life doesn’t have to be sad every day. Depression can be fixed.”

Steven is living proof of this. Although he continues to live with depression, he is in treatment and has found ways to quiet it.

“Singing or playing the guitar or art helps. People who know me and don’t judge me and those I can express my feelings and ideas to makes me feel better. I ran to Christianity a long time ago when things were so awful and my parents and friends were gone,” Steven said.  “I couldn’t get past my pain to believe in something, but someone told me, ‘It’s not a religion; it is a relationship,’ and that was exactly what I was looking for, and that is what I found.”

Steven wants other teens to know depression does not have to control one’s life and encourages them to stay strong and get help.

“I just wish kids would see there are people who want to help you. Counselors want to help you and they didn’t just go to college for the money, they went to help people,” Steven said. “I want to hunt those kids down and show them a way out. Suicide is the easiest thing to do, but it is the only thing you can’t take back. It’s so scary to me because there is so much left to live for.”