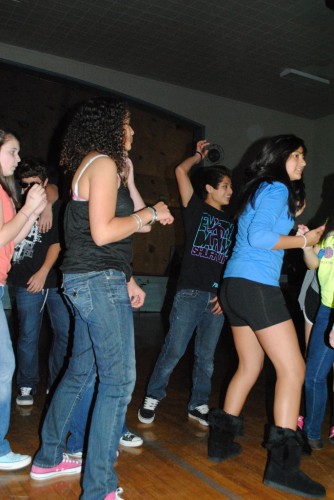 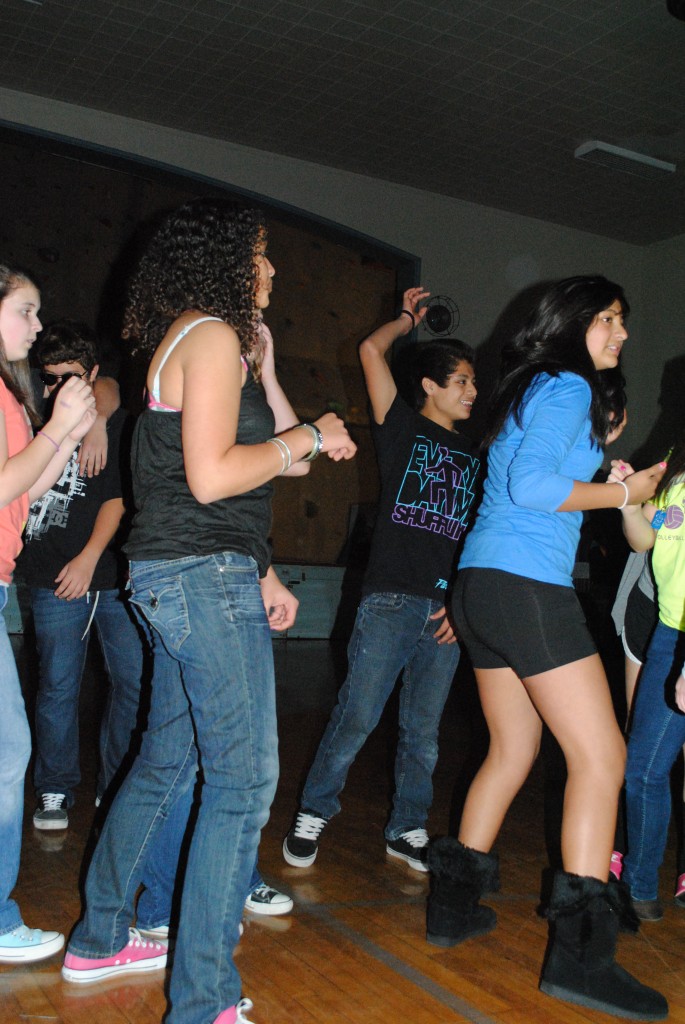 By Frank Montenegro and Eddie Rodriguez | The Marshfield Times

Last Friday, Marshfield’s eighth graders rocked out to their first dance of the year. Though the dance, hosted by the eighth grade leadership class and advisor Naomi Stadeli, was well advertised, the number of eighth graders in attendance was small.

The dance was held in the Harding Building’s multi-purpose room, but students were found playing basketball in the gym, another option, rather than dancing.

“There weren’t many people there. I went to the gym and that is where I had most of my fun,” eighth grader Nira Sweider said.

Eighth grader Ben Cardoza, however, spent his time on the dance floor as he was in a dance competition with seven other boys.

“I was the winner of the dance-off. It wasn’t really dancing. It was mostly just throwing people around and Scotty, the DJ, chose me to be the winner and I was pretty happy,” Cardoza said.

Eighth grader Jake Miles chose not to attend due to the fact that his friends were not present. “I didn’t go the dance because my friends didn’t go,” Miles said.

“The dance was amazing. Lights were flashing and there was great music,” Doke said.

The eighth grade ASB coordinated the dance and made a profit of $100.