Remembering Some Of The Greatest Athletes In MHS History (Michelle Menkins) 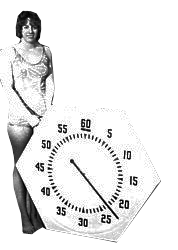 Michelle Menkins
While at Marshfield, in 1973-74 Menkens swam at the state meet, placing first in the 50 freestyle and second in the 100 freestyle.
Menkens was the first woman to win a national title in any sport at University of Oregon (UO). She qualified for nationals every year and in 1975 was a national champion. By the end of her freshman year of college, in 1975, she held six records.
In her career at UO she acquired four All-American certificates for freestyle sprinting. She was also a ten-time All-American and voted Oregon’s Athlete of the Year in the spring of 1975.
Although Menkens did not attend MHS all four years of her high school career, she said she enjoyed the time she spent there.
“My whole senior year was amazing,” Menkens said.
According to Menkins, athletics have been a part of her entire life. She said she started swimming at age five, and has tried many different sports.
“I did everything I could. I swam, I did track, played basketball a little and I tried to play volleyball,” Menkens said.
Menkens lived in both Arkansas and Washington growing up, but neither location offered women’s sports. Marshfield gave her many opportunities her previous schools did not have.
“In Arkansas there was nothing for women where we lived. There was no athletics at all. The opportunities at Marshfield were amazing to me because they had all the sports for women,” Menkens said. “Oregon sports were way ahead, even further ahead of Washington. My sophomore year I was in Washington and there was no athletics for women there either.”
In Menkens’ short time at Marshfield, she said she learned valuable lessons through athletics and applies those to her life even today.
“I learned at Marshfield to be determined and focused. We swam at Mingus Park so we didn’t have the best facility in the world but we made it work through raw determination,” Menkens said. “I learned that you can be successful really in any kind of environment if you want it bad enough.”