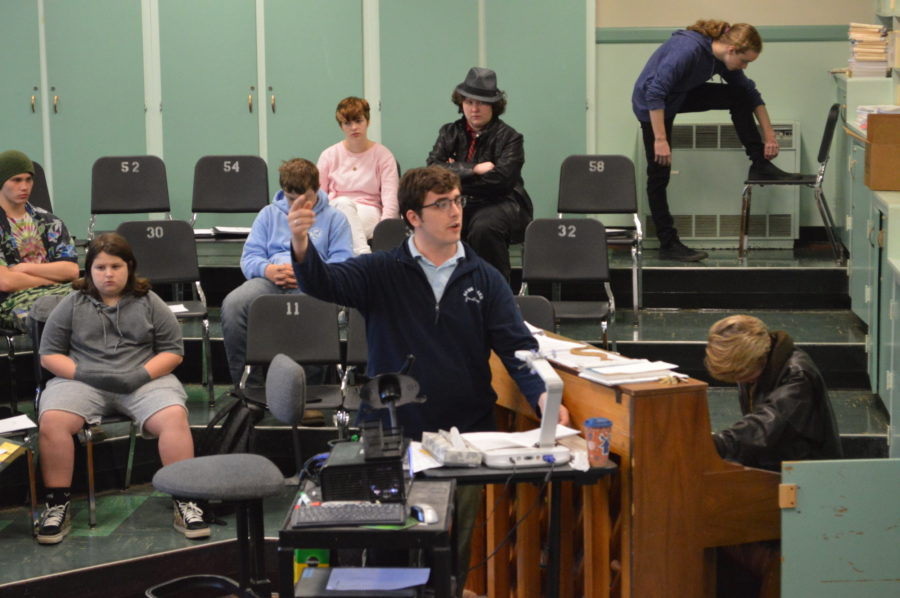 Senior Ali Randle is a member of the concert choir and has been singing since the fifth grade. According to Randle, Paget has brought a different feeling to choir.

“We seem more focused and on task,” Randle said. “Mr. Paget is always full of energy and is always pushing us to work, which is what we need.”

Paget feels he is creating many personal connections with his students. He believes the choirs have the potential to improve drastically.

The men’s ensemble, also known as the Marshfellows performed three songs. They performed “Jonah,” “Sherry,” and “With My Swag all on My Shoulder.”

“The men’s ensemble is just starting to really find themselves,” Paget said.

“The concert choir is so driven this year and that’s where the difference is,” Paget said.