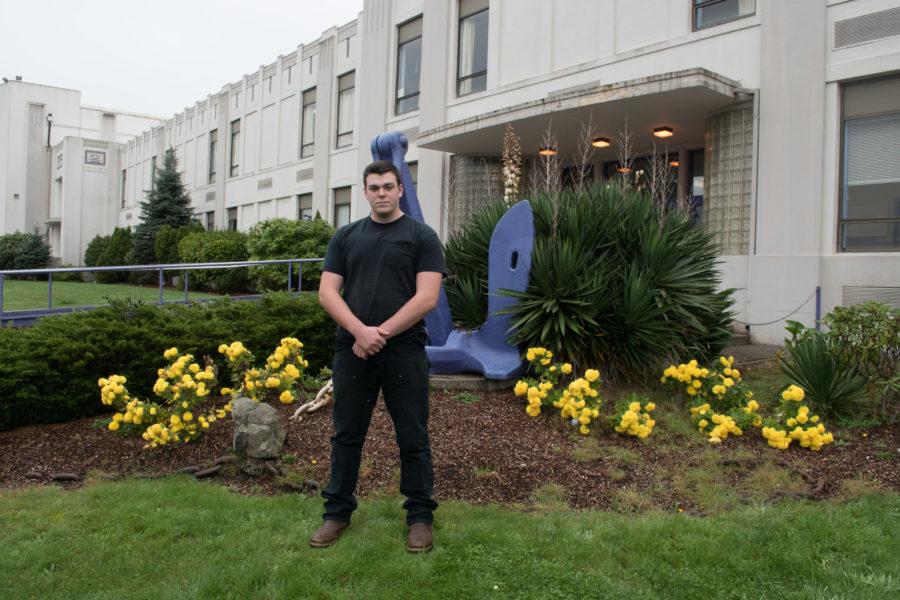 He likes riding dirt bikes, eating squid, lifting weights, spending time with his sister and playing football.
Brandon Thompson is a 16 year old sophomore. He was born and raised in Coos Bay and is the second child out of 4 kids. He is a right guard on the football team and enjoys the manufacturing and wood shop classes offered at Marshfield. He wants to be an electrician when he grows up.  When Brandon is not playing football or in school he can be found playing video games and dirt biking.

”Going fast, jumping, flying through the air, there is nothing like it,” Brandon said.

Brandon said he plans to race his dirt bikes in the near future. However, Brandon does not perform very many stunts.

“I like to fly under the radar,” Brandon said. “I don’t do a whole lot of crazy stuff.”

However when eating his favorite foods, “crazy” does not apply. Brandon has had squid before and enjoys it.

One of the things Brandon likes about Marshfield is the people.

“I like a lot of the kids here, I have a lot of friends here,” Brandon said. “I’ve grown up with a lot of these kids that I go to school with.”

His older sister, senior Brandi Thompson, agrees with him. Brandi also said Brandon is not a quiet kid, especially when he is with his friends.

“He is a social butterfly,” said Brandi.

“I don’t go anywhere by myself, so if someone is going to go with me it will probably be him,” Brandi said.

Brandon is a good friend as well as a good sibling.

“He is a good brother,” Brandi said.