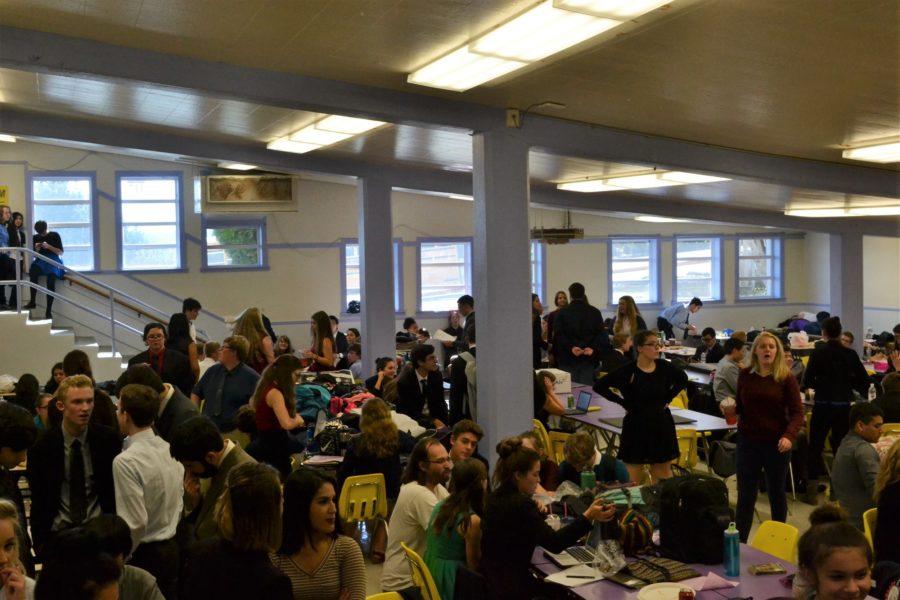 Freshman Andrew Sheerin was participating in forensics for the first time at the tournament. According to Sheerin, he really enjoys forensics. He loves tying a part of his life into his pieces.

Forensics is an outlet for many students who find passion in expressing themselves, said Sheerin

“My favorite part of forensics is taking time on a piece and figuring out how the piece interacts with your life,”  Sheerin said.

“I have been making new friends,” Sheerin said. “It opens up new doors to other people.”

Sheerin said he has met a lot of different people through forensics and has enjoyed getting to know each and every one of them.

Trevor Moen is a sophomore at Marshfield High school. This is Moen’s second year of doing forensics.

“The stress of forensics can be overwhelming,” Moen said.

According to Moen, forensics challenges many kids in ways no other class or extracurricular activity does. Not just in the actual work they have to put in, but it makes kids get out of their comfort zone and makes them perform a weird piece in front of people.

Sheerin said he has really enjoyed the overall atmosphere of the tournament. According to Sheerin, the tournament is a little crazy because of how many kids there are, so you really need to be responsible in getting to your next performance.

“This is my first tournament and I like it,” Sheerin said. “It is just a little crazy down in the cafeteria area.”

Sheerin said he has loved watching other people perform their pieces and he has loved meeting new people from many different schools.

According to Moen performing your pieces after you have worked on them constantly is one of the best experiences.

“The feeling after you have performed and knowing you did well is really amazing.” said Moen.