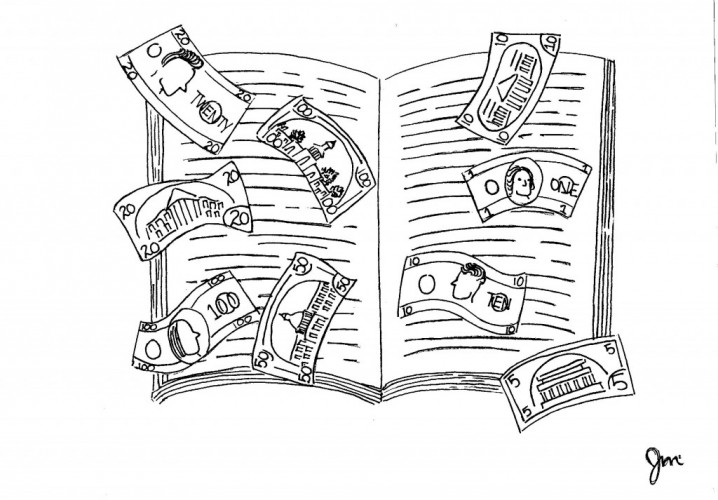 That is a “moderate budget” for a private college in the 2012-13 school year according to a survey conducted by the College Board. In-state public universities clocked in with a lower yet still overwhelming $22,261 price tag. First generation college attendees or those coming from low-income homes can take advantage of the abundant financial aid many schools offer, while those who come from wealthy households often receive generous assistance from their parents. However, a large demographic is left to struggle to achieve academic and extracurricular greatness in the hopes they might manage to receive scholarships to keep them from drowning in debt. American high school students are pressured now more than ever to go above and beyond to stand apart from their peers and offer up the most impressive and well-rounded resumes.

At present, the American education system is not set up in favor of students who wish to pursue higher education. Public high schools tend to cater to students who are barely passing in order to keep graduation rates as high as possible. Many high achieving students are then left in the dust to untangle the murky world of college apps, financial aid and scholarships on their own. At the same time, getting into college is becoming more and more competitive because the majority of jobs that provide enough money to meet the standard of living require some sort of degree. Many countries exhibit education systems that are much more effective in ensuring success for all students. For example, in Germany, students are separated in secondary school based on what sort of career path they plan to take. All those planning on entering the work force and pursuing no further education are grouped together, while those who plan to attend a university take a more rigorous path.

Not only do other countries have more effective pathways to higher education, the education is significantly more affordable. For instance, the total cost for the average public university in Germany in 2010 was $7,284, whereas in the US it was $30,140. In fact, the US is one of the most expensive countries in which to attend college. Once again, this leads to extreme competition among US high school students over scholarships and financial aid opportunities. Many students burn themselves out so much in an attempt to get themselves in position to attend college that by the time they get there, they have a hard time remaining as vigilant in keeping up their studies. In the United Kingdom and Australia, the cost of education is unique to each student and is calculated after they receive their degree. The debt is income based, meaning the cost is based off of how much money the graduate is able to bring in with the degree they have earned. This system ensures that each person will be able to afford their education debt.

It is clear that the entire US education system needs some rewiring. Recently, Oregon has taken the initiative to pass an education plan called “Pay it Forward, Pay it Back,” which would allow students to attend state schools tuition-free; instead, a small percentage of their yearly income for the 20 to 25 years after graduation would be taken out to pay for their education, much like the income based system used in the UK and Australia. Students now are paying hundreds of thousands of dollars to receive degrees that do not even guarantee them a place in the workforce. With the Pay it Forward plan, the amount of money paid for education would directly correlate with the amount of money one is able to make with the degree earned. It is time to enable those with the inclination to receive a higher education to do so without dooming themselves to endure years of student loans. Education must be prioritized.