Diving into the 2014 Season 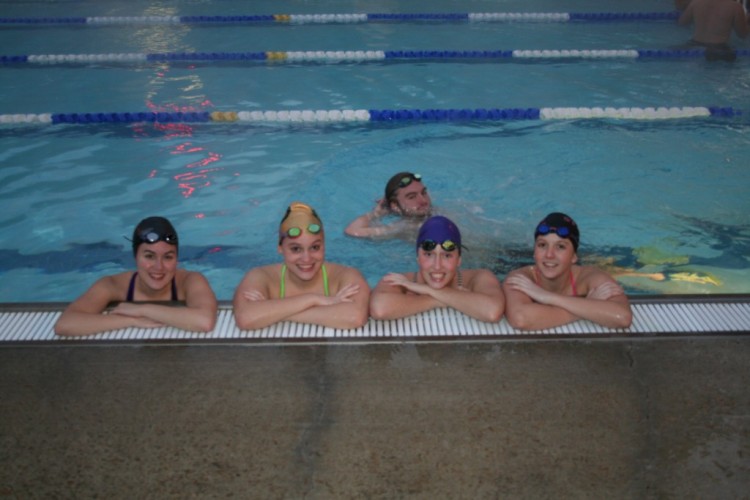 After three years as district champions, with the hope for one more, the seniors leading the girls swim team have their sights set even higher. They want a state championship as well.

The team is led by seniors Shaylyn Brownell and Bridget McCarthy, who both said the girls team has a strong chance of earning a state title at the state meet at Mt. Hood Community College.

“Our main competition is Henley and North Bend,” Brownell said. “Last year we beat North Bend at a dual meet so we actually have a chance this year.”

The last time a Marshfield girls swim team placed at state was during the 1970-71 season, where they earned third place. The girls hope to break the long hiatus and bring home a state title again.

“We really want to win a state title; that’s our main goal,” Brownell said. “We want to win districts and then a trophy at state. It hasn’t been done in 30 years.”

The team will swim daily doubles, which consist of practice for two hours twice a day, during Christmas break.

“It’s a nightmare, but it’s worth it at the end of the day, especially during Christmas break,” Brownell said.

Although most of their time is spent in the water, the members of the team have been doing workouts outside of the pool as well.

“We may start weights, and we’ve been doing more dry land stuff like stretching with the dance team,” Brownell said.

Aside from being upperclassmen on the team, the senior girls feel there is a code of role modeling they have to follow.

“Everybody looks up to us,” Brownell said. “We always want people on good terms with us.”

Being a strong force since their freshman year has had an impact on the team.

“We hope to win districts this year, and we will be the first set of girls to win four consecutive years,” McCarthy said.

Although confident about their opportunities at district competition, their nerves are still evident when discussing state.

Head coach Kathe McNutt is confident her girls team can finish their season with a state title. She said the girls have worked hard for a chance to be state champions.

“I do [expect good things] and I think they’re excited and I know they’ve worked hard and want to do very well, so it won’t take much pushing from me,” McNutt said.

According to McNutt, the girls have a tougher regimen when it comes to practice.

“The team does the same workouts, but they do have harder sets and swim doubles,” McNutt said.

McNutt said the season goal for the girls is to make it to the state meet.