A Suessified Romeo and Juliet 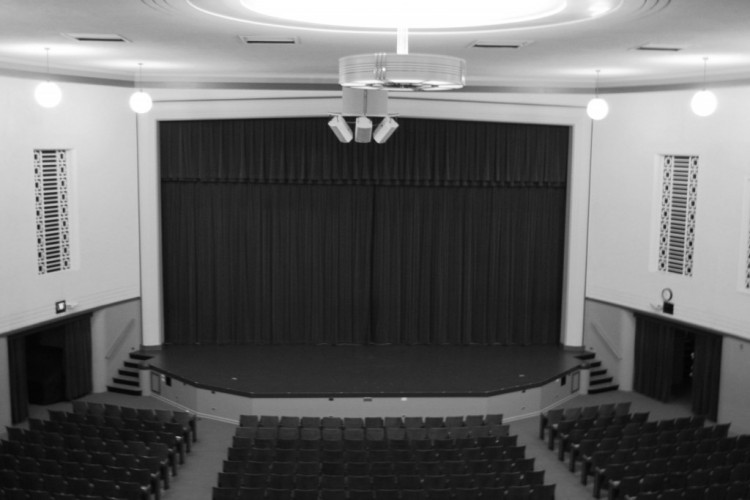 Balloon sword fights and rhymed couplets will draw viewers in for the first performance of the year by the Marshfield Theatre Program with Peter Bloedel’s “The Seussification of Romeo and Juliet.” Along with the first production come changes to the theatre department.
English teacher Kelly Haut will be directing the play, which is a modified version of the original play written by Shakespeare in 1597, “The Tragedy of Romeo and Juliet”. Haut, who stepped down from being the previous Theatre Director to complete her Master’s Degree directed plays such as “Dracula” and “The Wizard of Oz,” is excited to direct the fall production. She said the play still has the hint of romance from the original but with a comedic twist.

“There’s still some romance, but it’s a little bit of awkward romance,” Haut said. “They call it a tragedy at the beginning, but it’s definitely a comedy.”

Taitano, who has been heavily involved in the theatre program, is excited to be in the play as a narrator.

“Narrators pretty much are all throughout the play, so you always see them popping out of nowhere,” Taitano said.

This is the first play Lofton will be starring in. Although he is nervous, he said he was motivated to audition and is happy he got the part he wanted.

“I just had a drive for it,” Lofton said. “Romeo was really the only part I wanted so I just showed up and was confident. I was surprised I got the part because I had never done any acting before.”

Lofton was part of the open auditions new Theatre Director Allison Bassett added to the program for the year. Open auditions, however, had also been used in the past for the production of “The Wizard of Oz.” Bassett said she likes open auditions to get the rest of the school involved and to allow other students who may not have room in their schedule for a theatre class to still be able to participate in plays.

“I really believe in opening auditions up to the entire school so that you find those people who just never thought about doing anything like that but are inspired to try out, and it also becomes a school wide participation,” Bassett said. “It’s something I heavily support. Not everyone can take the theatre classes, and my classes are limited with others that are at the same time.”

Although Bassett is not directing the first play, she is supportive of Haut.

“I’m here to help her, like she’s been asking if I’ve seen costumes and to spare kids for this or that and supporting them in the classroom environment,” Bassett said.

“This gives kids a different opportunity to see how different directors work, so it’s kind of similar to how it would be in college with multiple directors in auditions,” Haut said. “We actually got two stipends now, so Mrs. Bassett is getting one for what she decides to do in the spring and I get one for doing the fall play and Thespian, and so it’s a really big deal for the theatre program that we’ve expanded that.”

Not only is there a change in directors, but in the school’s drama lab as well.