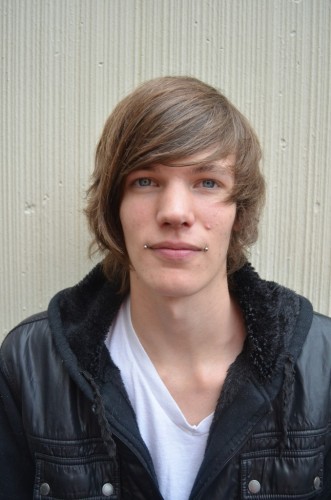 Piercings have become a wide-spread trend at Marshfield. Many students believe they are fun and unique to have.
By Maddie Metzler | Artist

Although one may think piercings are a more common trend among younger people, people of all ages are seen sporting jewels in their skin.

Piercing dates back to 4,000 years ago, and has long been a symbol of style and beauty.

Many students, such as senior Alex Heinrich, find body piercings an appealing way to express themself.

“I’ve always liked the idea of body modifications,” Heinrich said. “It represents a sort of unique-ness.”

Heinrich, who has the dahlia piercing, a less common piercing where there are two studs in the corners of the mouth, is one of the many students at Marshfield who has a piercing.

“A good majority of people have piercings,” Heinrich said. “Especially if you’re counting the regular ear piercings which most people have.”

Sierra Yunkherr, a sophomore, also has an uncommon piercing.

“I got my first piercing in October of my eighth grade year,” Yunkherr said. “It was my industrial.”
The industrial piercing is a bar which sits diagonally in between the upper cartilage of the ear, and is a more uncommon piercing compared to standard ear lobe piercings.

“I got it because at the time I thought it was an uncommon piercing,” Yunkherr said. “I got it on a whim mostly though.”

All piercings have different effects on one’s pain tolerance. Some say it is painful, while others do not feel it at all. Some even believe the healing process of piercings is worse than the piercing itself. Healing side effects include itchiness, redness, soreness and tenderness of the piercing and the surrounding area.

“I’m a wimp and I thought it hurt,” Yunkherr said. “Industrials require two holes and they both hurt pretty bad, but I knew what to expect.”

Yunkherr currently has four piercings, and plans on more in the future.

“Both my monroe and industrial are on my right side, so my left side is kind of naked,” Yunkherr said. “I would like to have my left conch ear piercing done eventually.”

Safe piercings are done at professional shops, where the equipment is properly sterilized for use. At-home piercings and unlicensed piercers can result in the spread of various diseases and viral infections such as Hepatitis, HIV and large skin growths called keloids.

“I got my monroe and industrial done at Peppers Piercings with Rick when they were still around,” Yunkherr said. “I thought they were super clean and he took everything out of the packaging right in front of me.”

Although some may believe piercings are dangerous and unsafe, Brooke Toy, a health teacher at Marshfield, believes correctly done piercings are a safe and healthy way for teens to express themselves.

“Piercings are definitely a safe trend,” Toy said “If you go to someone who is clean and professional and you make sure that everything they use is sanitized and clean.”

Toy, who has five piercings on her right ear and four on her left, feels piercings are a way to show one’s personality for the day.

“I like that I can change piercings,” Toy said. “It’s my personality for the day.”

Toy finds common interests with students who also have similar piercings as herself.

“If you see someone with the same piercings as yourself, it’s a really cool thing to have in common with someone,” Toy said.

Piercings come in all sorts of styles and they are a common sight when walking through a high school today. They can be seen on teens, adults and even kids.

“There are so many unique ones,” Toy said. “They’re fun and decorative.”