Marijuana use on the rise 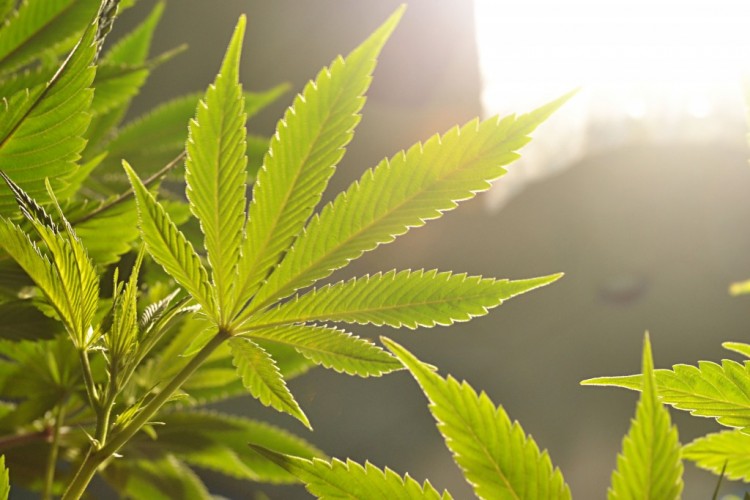 He tried to quit.

After starting marijuana the summer of his freshman year, Ryan, a senior, decided the negative effects became too much to handle.

“Marijuana has made my homework more difficult to accomplish and also has damaged my relationships, which is frustrating,” Ryan said.

However, after several days, he went through withdrawals and started to vomit, became nauseated and could not eat. He then succumbed to the pain and returned to the habit.

Ryan is one of a growing number of teenagers who have used marijuana on a regular basis across the country. According to the 2011 Monitoring the Future (MTF) study conducted by the University of Michigan and funded by the National Institute on Drug Abuse, the rates of current daily marijuana use rose significantly among students in grades eight, 10 and 12 since 2007. MTF surveyed roughly 47,000 eighth, 10th and 12th graders in 400 public and private secondary schools about their drug use behaviors across three time periods: lifetime, past year and past month.

Lloyd Johnston, the principal investigator of the MTF study, simplified the findings:

“Put another way, one in every fifteen high school seniors today is smoking pot on a daily or near daily basis,” Johnston said. “And that’s the highest rate that we have seen over the past 30 years—since 1981.”

While use is on the rise, and many believe marijuana is neither physically addictive or harmful, Scott Moore, a seasoned detective who has worked with the South Coast Interagency Narcotics Team for 17 years, strongly disagrees.

“Marijuana is an addictive drug that can affect your brain short-term or long-term, depending on the circumstances,” Moore said.

Ryan said he has struggled with marijuana addiction. When he got hooked on the drug, he began smoking three times a day: before school, during lunch and after school.

“Whenever I would smoke, I would go to a secret area to avoid getting in trouble,” he said.

Bruce Bryant, the Dean of Students at MHS, said being caught on campus for anything marijuana related warrants a 10-day school suspension. In his experience, he believes marijuana negatively affects the students who use it.

“I feel it is psychologically addictive,” Bryant said. “It affects your level of alertness; it is damaging and makes students apathetic.”

“This drug severely hampers your decision-making abilities and your reaction time. It is not the harmless drug people think it is,” Mitts said. “It is also 10 times more damaging than tobacco smoke.”

Despite these negative effects, Ryan and millions of other teens across the country are still using marijuana, which has triggered people to wonder why.

In a New York Times story written by Anahad O’Connor on Dec. 14, 2011, R. Gil Kerlikowske, the federal drug czar appointed by President Obama, said he believed the increasing prevalence of medicinal marijuana is partially responsible for growing use among young people.

“These last couple years, the amount of attention that’s been given to medical marijuana has been huge,” Kerlikowske said. “And when I’ve done focus groups with high school students in states where medical marijuana is legal, they say, ‘Well, if it’s called medicine, and it’s given to patients by caregivers, then that’s really the wrong message for us as high school students.’”

Locally, both Mitts and Moore have seen a rise in the use of marijuana because the drug has been made more available due to medical marijuana cards.

“It is often that a family member will use the other family member’s medical marijuana card unlawfully,” Mitts said.

According to Moore, many people use their cards illegally by manufacturing more than permitted to fund other criminal activities.

“Not everyone is ethical in the way they use their cards,” Moore said. “Many have used them illegally to fund other criminal enterprises.”

Ryan knows a medical marijuana card holder who uses it illegally to sell the drug and said he has purchased marijuana through her for less money than other sources. He claimed to pay around $100 each week while others can pay up to $250 for the same product.

“She grows it for pretty much free, and so she can sell it for cheap,” Ryan said. “I’ve gotten quality and quantity for a good price.”

Even though marijuana has affected him in many negative ways, Ryan said there are positive aspects to it, explaining that it can help one’s mood. It has even helped him concentrate better in school.

“You get a feeling of euphoria,” Ryan said. “It makes you have a better time and always lightened the mood.”

Senior Sergio Marroquin has been around friends who have smoked marijuana before and has even been asked to provide transportation for them.

“I’ve been asked to drive friends to other people’s houses to smoke weed before, but I won’t do it,” Marroquin said. “I won’t support the practice of it by driving them around.”

Despite the rising number of marijuana users nationwide, junior Paul Harlow is strongly opposed to the use of marijuana among his peers and believes there is no good reason to smoke it.

“I think it is an idiotic thing to do because there are no long-term benefits in it,” Harlow said. “It is sad that some people make the choice to smoke marijuana.”

However, junior Natalie Carson thinks one should have the right to make his or her own choice regarding using marijuana.

“It is their life and their choice. If they feel like it is necessary in their life, then that is their personal decision,” Carson said.

Mitts is concerned about the casual approach many people take toward marijuana.

“Drugs need to become more offensive to us because if this does not happen, then they will never go away,” Mitts said. “People think it is not harmful, but it is a mind-altering drug.”

Meanwhile, Ryan hopes he can leave marijuana in his past as he prepares for high school graduation.

“I feel high school is simple, and you can get away with things right now,” Ryan said. “But I plan on making a conscious effort to not smoke once I am in college.”