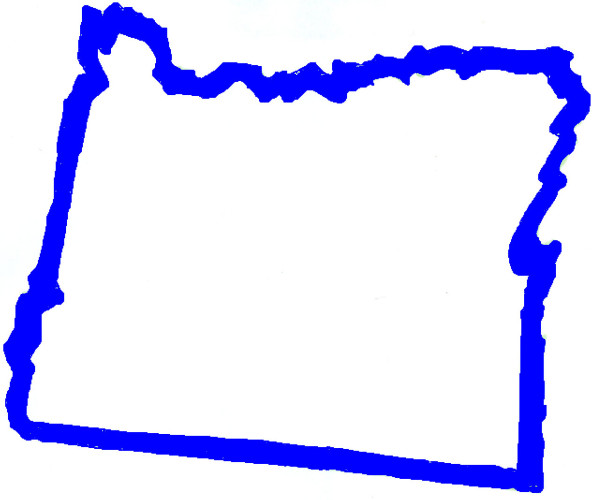 Labyrinth: a single pass with no dead ends and no wrong turns.
Denny Dike, a local labyrinth artist who has made his mark on Bandon beaches and the Blossom Gulch Elementary School playground, started drawing labyrinths in 2003 to be used as meditation tools. Dike said he sees labyrinths as a place for walkers to step back and better deal with the struggles in their lives.

“I’ve had a lot of experience with people who are having problems and it [walking the labyrinth] gives them time to reflect,” Dike said. “As long as they stay on the path they will get through whatever is going on.”

The labyrinths are drawn in the sand and are later washed away by the tide. This, according to Dike, is part of the beauty in it.

“The impermanence is part of the draw in a way. There’s an energy in the labyrinth; there’s energy on the beach to start with. The people walk it and bring energy to it, and then it washes away into the ocean,” Dike said. “I always say, ‘It goes away so the whales and dolphins can play.’”

Though labyrinths are sometimes associated with religious entities, Dike said his labyrinths are for personal meditation and he does not encourage any certain religion. First grade teacher Nicole Ault contacted Dike in hopes of creating a labyrinth to be drawn on the Blossom Gulch playground and was able to do so because his labyrinths are not created for religious purposes.

After Ault heard about Dike’s labyrinths, she took her family to Bandon with goals of learning how to draw one herself. After the walk, she said she saw the man she assumed to be the artist and approached him.

“When I mentioned it, I could see his eyes light up. They twinkle,” Ault said.

Dike said he was hesitant to start the draw because he had many inquiries before, in other districts, and no other teachers had been able to make it happen. However, he said he was surprised to see how quickly Ault got the support of her school and community. She posted a discussion in the Blossom Gulch PTA group on Facebook and quickly had a volunteer group set up for the draw during spring break and paint was donated by Farr’s True Value. When the students returned from spring break, they were surprised with a labyrinth painted onto the playground. Ault and Dike agreed the reactions were nothing short of excited.

“I was able to be there Monday morning when they went on the playground and if anyone ever asks me why I do it, that’s why,” Dike said.

According to Ault, the students were enthusiastic about walking on and playing with the labyrinth. She said second grader Myla Johnson personally approached her and thanked her for making it happen. Johnson reportedly uses the labyrinth often.

“Usually, or sometimes, I go around it with my friends just for fun,” Johnson said. “Sometimes I run, sometimes I walk.”

Ault said she uses the labyrinth in many different ways with her class, most of which are in line with Dike’s original intention.

“Sometimes I take my whole class after we do something wild and sometimes the students will say, ‘Can we just walk the maze before we come in?’” Ault said.

She also said the labyrinth can be used for personal quiet time or for play during recess, but mostly hopes students will use it to calm down and reflect during hard days.

“I like walking in a forest and coming out the other side feeling better,” Ault said. “I’ve had that experience as a person and I hope this can do that for them.”

Dike creates labyrinths for three different purposes. He does public work simply for the fun of sharing the labyrinth with others, sponsored work and commissioned work, which includes weddings and other planned events. He has a team made up of detail artist Christine Moehring, lead groomer Joni Pitcher and photographers Pamela Hansen and Teague Mercer. He also uses guest groomers to help groom the sand. Dike said the dark lines seen in the labyrinths are usually created by guest groomers.

Dike said he gives out dream stones to each walker so they will remember their time on the labyrinth. Through the giving of the stones, he has determined he has had over 46,000 walkers, but said he hopes to get more people on the sand.

“I call myself walkable art. Walkable isn’t a word but it will be when I’m done,” Dike said. “It’s about the oath. Yes, it’s pretty to look at, but so is a Corvette. Really you just have to get in and drive.”