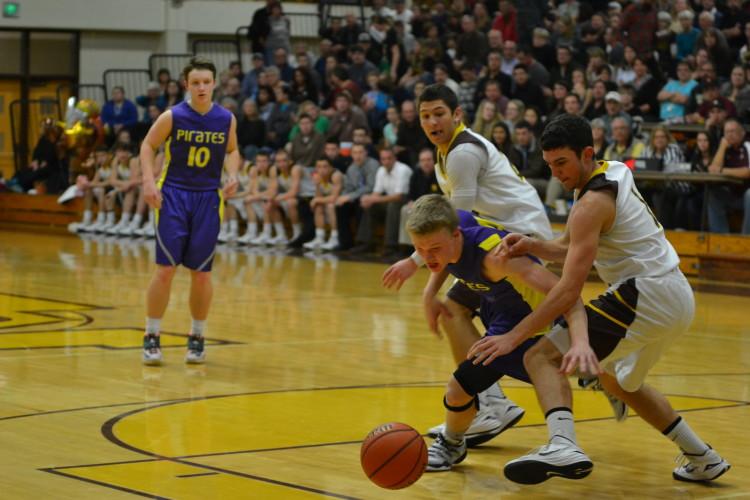 Student poets are tuning up their performances to share their love of poetry.
This April marks the 20th anniversary of National Poetry Month. The celebration was created in 1996 by the Academy of American Poets. It has grown to become one of the world’s largest literary celebrations where schools, publishers, libraries, booksellers and poets come together to commemorate poetry’s vital position in society.

Common events throughout the month of April are poetry slams, which are competitions that allow poets to present their work in a creative, supportive environment and to compete against fellow poets.  English teacher Catherine Hampton said she liked the concept of open mic slams and brought the first slam to Marshfield students ten years ago in 2006. Hampton said the students’ enthusiasm for it every year is what makes her bring it back.

“It’s an amazingly positive environment and the poets are always really supportive of one another,” Hampton said.

Along with Hampton, the slam is also organized by the rest of the English department. English teacher Luke Parrish has helped out with the slam every year since it started and said he feels that it is easily one of the coolest events the English department has anything to do with. Parrish said he enjoys watching new faces take hold of it and find their voice through the slam.

“It’s really fun to watch kids who don’t have any other claim to fame at Marshfield who start out as a freshman and dominate the slam for the next couple of years,” Parrish said.

An example of a student who grew and dominated the slam throughout their high school career was class of 2015 graduate Helena Platt.  Platt participated in her first slam at Millicoma School and said that slam poets she found on YouTube were what inspired her to start.

Platt partook in her first Marshfield slam as a freshman and said she performed a mediocre poem and wanted to redeem herself at the second slam that year and later went on to win all four years of the slam as a high school student. Platt said the main appeal for slam poetry is that it expresses activism and is a way to instigate social change.

“A lot of slam poets you’ll hear are clamoring for social change like the way we treat mental illness, racial issues and LGBT issues and I think that’s really cool and it wasn’t something I was exposed to at Marshfield so I kind of latched onto it,” Platt said.

Platt moved on to Whitman College in Walla Walla, Wash. after graduating and has continued writing poetry as well as performing at local slams.  Platt said her main love for poetry is because it allows people to express themselves more freely than other forms of literature.

“What I like about poetry is that it allows for greater range of expression and less constriction by rules than other forms of artistic expression does,” Platt said.

As old faces of the Marshfield slam graduate and move on, new faces take the spotlight. Sophomore Jorda Harlow had her first slam experience last year as a freshman and started doing more slams outside of school in places such as Roseburg and Reedsport.  Harlow said she origionally had really bad social anxiety and that the slam helped her come out of her shell.

“I like poetry because it has a lot of imagery. It can kind of put you in a different atmosphere,” Harlow said.

Harlow plans on participating in the slam throughout all four years of high school and said fellow poets like Platt and junior Rachel Simon inspire her to stick with it.  According to Harlow, when performing at slams her main goal is to have the audience feel something, whether it is positive or negative.

“I want them to feel something from my writing, that’s why I write,” Harlow said. “Even if it’s a negative reaction or a good reaction, I still got a reaction out of you and you still felt something.”

Students will have the opportunity to share their poetry in the annual slam next Thursday, April 14 at 7 p.m. in the auditorium.  The event is free and students, staff and the community members are all welcome to attend. Hampton said she looks forward to hearing the hard work students have put into preparing for the slam.

“What stands out to me every year is the courage of the students,” Hampton said. “They’re totally honest and brave about what they want to say.”