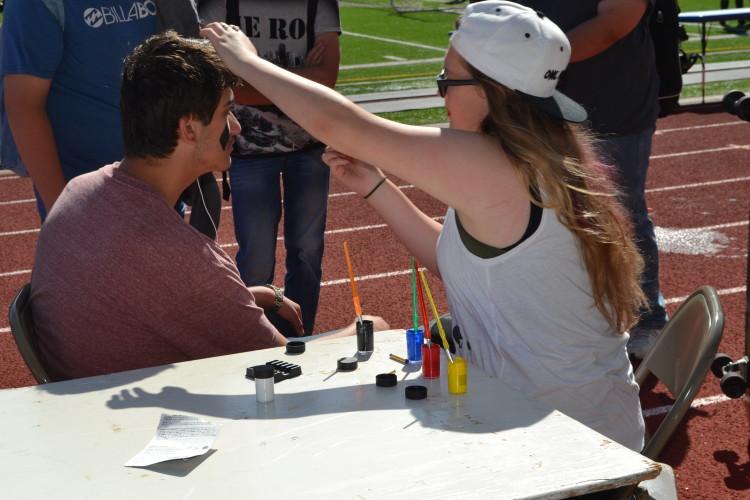 Three state champions and a second place team trophy capped off the most successful Pirate
wrestling season in nearly 50 years.

County and ahead of Henley and Sweet Home.

Head coach Travis Wittlake, who has coached the Pirates since 2008 and is in his fourth year as head coach, received the top coaching honors in the state as well.

“I was voted the 4A Coach of the Year and that’s pretty neat. It’s an honor, but I give all the credit to the kids,” Wittlake said. “They did all the hard work and I just got to come along for the ride.”

Wittlake said going into the tournament, he knew there were a few good teams that would have a chance at beating Marshfield. He said his team would have to pull out a miracle in order to beat Crook County, since they had almost twice as many wrestlers in the tournament.

“We did great,” Wittlake said. “We took ten guys, seven got on the podium, all in the top four, which is pretty impressive, and we took five to the finals.”

Senior Gary Jantzer was named the 4A Moda Athlete of the Meet, which is essentially an outstanding wrestler award for the entire year in each classification. This award is based on individual state championships, three in Jantzer’s case, as well as the number of points scored individually and as a team.

“That’s a neat deal for Gary and I’m really proud of him for that. He worked hard for it and he earned it,” Wittlake said.

Sophomore Travis Wittlake Jr. won his second individual state title this year. He said he owes it all to his dad, who has been his coach since he was four years old.

“I had four matches overall. My first three matches I had three pins and my finals match I had a technical fall, winning 21-5,” Wittlake Jr. said. “At this time last year, I was a little worried. I had a tough bracket, but this year was different. I was pretty sure I was going to dominate my bracket.”

“One of the best parts was Willie Jantzer beating the number two seed in his very first match; that was pretty neat,” Wittlake said. “Ryder McKee and AJ Lira winning in the semis and getting into the finals was great. That was huge for those guys, especially Ryder. He put a lot of work into it. He deserved to be there.”

Lira said the team did well overall, but could always wrestle better. He lost in the finals 4-3 in a close match. He said he was very proud of his team throughout the meet.

“I think the best part of the meet was having all those people in the semifinals. I also liked that we took ten kids and other teams had 15 plus. I know we could have won the whole thing, but we just don’t have the depth like Crook County. We don’t have as many people to win the backside,” Lira said.

Marshfield has never won a state championship in wrestling, but placed second in 1968.

Since Wittlake became the head coach, the wrestling team has improved both in skill and in numbers. His first year he had 14 wrestlers on the team, seven of which went to regionals, two state qualifiers and a 21st place finish at state.

Crook County won their fourth consecutive state championship this year. According to Wittlake, they had many seniors at the tournament and Marshfield has a younger group. He expects the team to do well next year at every tournament including state.

“You have to have a whole team of good kids working hard and all working towards the same goal,” Wittlake said.