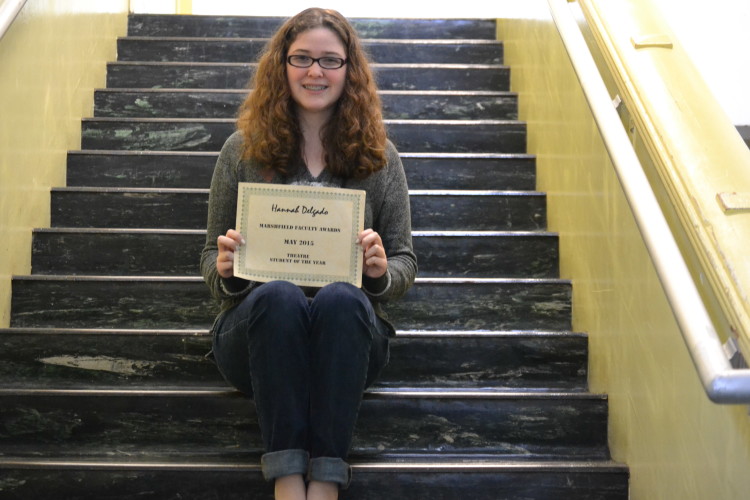 May the best soloist win.
Held on March 12 at North Bend High School, the OSAA District Solo and Ensemble Competition will bring together choir and band students from around the county to perform for comment or score. They will be competing for a spot at the state competition.  Students select a piece of music they can perform as a solo or an ensemble of less than 16 people for a panel of judges.  Vocalists are divided by voice section, and musicians by instrument. Those with the highest score in their category will qualify for the state competition to compete against music students from all over Oregon.

Choral director Allison Bassett said the competition helps choir students see where they stand in comparison to vocalists of their age.

Several Marshfield musicians are taking part in the competition and have started preparing their songs.

Senior Justin Holman has been singing in Concert Choir and New Horizons for two years and said he has developed a love for performing.

“Music has become a really big passion of mine lately.” Holman said. “I wanted to see how I would compare to people from other schools,”

Holman plans on advancing to the state competition and said he is working hard at winning his first state title.

Similarly, the concert band has been sending musicians to the competition since the late 1950s and has multiple students competing this year as well.  According to band director John Kruse, if students score high enough and qualify for the state competition, college tuition options may be available

Kruse said he believes several students have potential and the competition not only helps the individuals who compete, but also helps the band improve as a whole.

“It’s good for the entire ensemble when individual people are improving and getting stronger,” Kruse said.

Sophomore Casey Gillett is performing a French oboe piece in the competition and has been playing the oboe for two years, in addition to a variety of other instruments in the Concert Band. Gillett became involved in the competition through Kruse and said hearing the other competitors who play the same instrument will help her to fine tune her notes.

Gillette has performed many solos in Concert Band and said going to state would be a big accomplishment, considering how long she has been playing her instrument.

“It would be mean a lot to move on to the state, especially because I haven’t been playing the oboe for that long,” Gillette said.

According to Bassett, not only does the competition help with the quality of a musician’s performance, but it can also help with their confidence.  Bassett said students can gain confidence when having a positive experience singing solos and/or ensembles, which gives talented students the chance to stand out in a different way.

“It’s mainly confidence,” Bassett said. “I have a lot of students that are afraid of singing solos, and this gives them the opportunity to put themselves out there.”