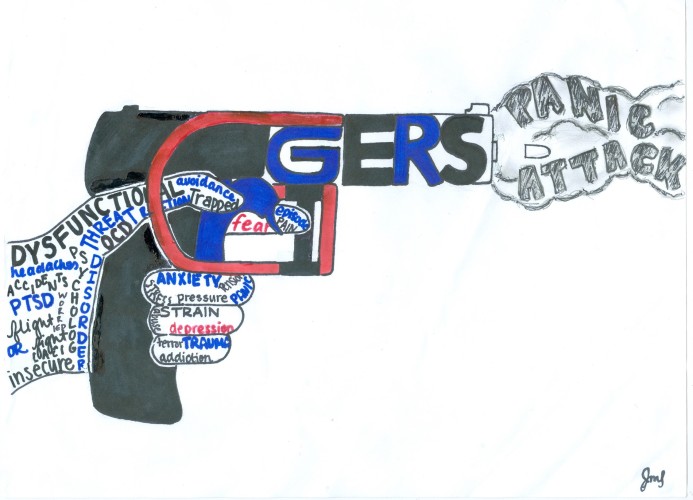 A wave is coming straight at Coos Bay.
There is a new radio station in the Coos Bay area called the WAVE and it is aiming to make a big splash.

Marshfield senior Trent Christensen, who will begin his own radio show every Sunday starting April 9, says that 105.9 the WAVE is pretty new.

“I wouldn’t even say a month old,” Christensen said.

The WAVE radio is self-described as “The Most Eclectic Mix Of All That Rocks” by its website thewaveradio1.com. The new station is owned by John Hunt and is different from other local stations in many ways, according to Christensen.

One of the key differences are the types and formats of music being played.

“It’s [the station] playing all the music the other stations are playing but with a more local and live twist to it,” Christensen said. “We’re gonna be playing live music in studio from local bands and recorded music from bands.”

Another thing that sets the station apart is its plans for promoting and planning concerts and local music events, such as the recent South Coast Music Awards which recognized talent in the local music scene.

The station is working with the Egyptian Theater and other local businesses to provide concerts and events, with 10 concerts planned in March alone.

“There’s going to be the concert series in March,” Christensen said. “It’s going to be 10 concerts with pretty well-known acts coming to the Egyptian Theater.”

A member of the local band crushingcrayons William Gagnon says the experience with Hunt was very positive.

Gagnon appreciates the stations online radio station which he can listen to outside of town.

According to Gagnon, crushingcrayons plans on working with the WAVE more in the future.

This new station also brings some opportunity to students with radio and musical experience.

Christensen, who has been working with the station since August, will soon be a DJ on Sunday afternoons for the WAVE.

“I’ll have my own radio show on Sundays and I’m going to be try and be doing a lot of busy work for the station,” Christensen said.

Christensen has been involved in the Pirate radio program for most of high school. His experience at 91.3 KMHS provided him with the opportunity to learn skills to use in his new job.

According to senior Rylee Trendell, a sports director at 91.3 KMHS, there are more than a few steps in getting the product from recording, to editing, to the computer in the studio and finally to a listener’s radio.

“We use Adobe Audition 3.0 [editing program], that’s a big part of what we do,” Trendell said. “Symbian [operating system] is what basically runs this station.”

After editing, the individual tracks are put together in the order they are going to be played and are sent to the broadcasting computer. From this computer, a signal is sent out which eventually gets transmitted out at a listenable frequency.

“The computer sends a signal to the satellite, and the satellite sends it back [to the transmitter],” Trendell said.

From there the signal gets sent out at the radio frequency that listeners tune into on their radio.

Because of all the steps involved from start to finish, the process needs to be very refined and smooth.

The WAVE is still very young, so the station has had occasional problems and downtime.

The station is still trying to increase its following. Christensen said he believes this will soon change.

“It’s going to be the best station in town in Coos Bay,” Christensen said.