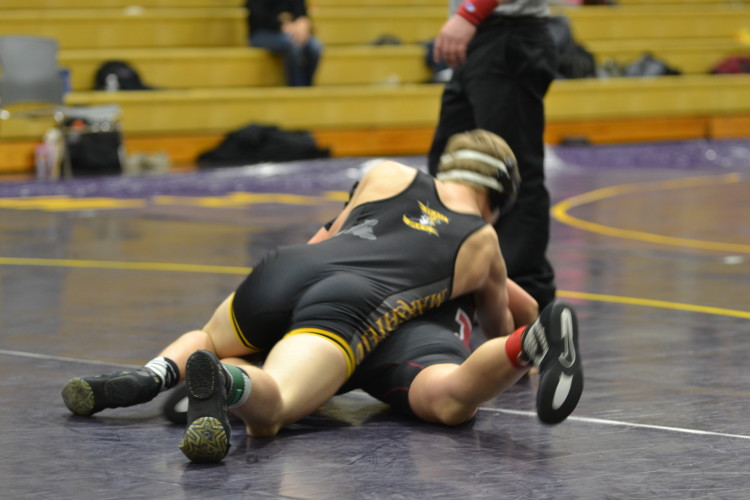 Trigger warnings commonly seen on the Internet are used as warning devices so one does not have to relive traumatic events previously experienced.

Commonly used on the Internet, trigger warnings are used to warn anybody that traumatic events, such as rape or abuse, are about to be discussed or mentioned. Sophomore Piper* said getting triggered, a term used to describe when an action or event reminds a person of some past trauma, is an awful experience.

“A trigger is something that someone says or does, and it kind of takes you back to that exact moment,” Piper said. “It’s kind of the worst feeling ever because you’re kind of thinking about what happened to you and think about the situation.”

School based mental health therapist Karla Bertolini said there are multiple trigger types. They can be emotional and/or physical, and a person can be triggered through any of the senses, such as hearing a certain sound. She also said the word trigger is often applied to traumatic events but can also be used for other things.

“There can be lots of different types of triggers. There can be triggers for past abuse or trauma,” Bertolini said. “A lot of the time with those kinds of triggers you can experience flashbacks, feeling like you’re in that situation again or nightmares about similar events.”

Depending on what she is triggered by, Piper said she experiences different effects, ranging from panic attacks to becoming angry or upset. She said she gets triggered by mentions of sexual abuse, drunk driving and what abusive parents do when they are drunk, due to her past childhood experiences.

“Most of the time with myself I try to forget the situation as much as possible, but when I get triggered I start to remember it really clearly,” Piper said. “It’s not fun.”

Junior Ernest* said he used to be extremely depressed and still is to some extent, and for that reason he often times is triggered himself by observing other people in similar situations.

“Anytime I see someone who’s like kind of in the same mental state, because I can see how their mental state is, knowing that and knowing that it’s sort of delusional, makes me incredibly sad,” Ernest said.

When Ernest was younger, he was secluded in school, and, according to him, as a repercussion, today he responds to feelings of isolation in an unhealthy manner.

“When I was in elementary school I used to be extremely, extremely lonely so anytime I, for whatever reason am kind of confronted with loneliness, my reaction to that is very negative,” Ernest said.

According to Piper, when someone makes a jest at the expense of another’s experience, it can feel degrading to the triggered party.  She also said she wished trigger warnings would be implemented in the classroom so those affected by varying forms of heavy course material will not have to be subjected to the discussion.

“What triggers me most of the time are jokes or comments that are made about traumatic events because those jokes make me feel like what I went through is a joke, and I don’t want to feel like a joke,” Piper said. “It makes me feel like less of a person.”

Implementing trigger warnings in the classroom may be beneficial, according to Bertolini.

“I think that [trigger warnings in the classroom] could be a good idea. I guess it kind of would depend on the subject, and I think thinking kind of through that ahead of time and how it might affect students- I know that they do that with some material or certain things,” Bertolini said. “It could be something to think about.”

Bertolini also said this might prove difficult because there is no way to deem what subject matter is worthy of a trigger warning because triggers affect people in multiple ways.

“I think it would really depend on the situation. The thing with triggers to remember is it’s a very personal experience. Some things might trigger one person while it doesn’t trigger another person. Honestly, we can’t always predict what those triggers are going to be for everyone. I think that would be a hard thing to determine,” Bertolini said. “That term is also used pretty lightly so I think it depends.”

Ernest said he often gets triggered by reading degrading sexist or racist comments on the Internet, and he will become irritated and angry. He also said he occasionally experiences panic attacks or crying upon being triggered, often because of standards set by himself and others.

According to Piper, the erasure of comments that may trigger someone will never go away, but people should be educated on the effects of their quips or statements and know this is not something to be taken lightly. She said it does affect people and can make a person feel like what they went through or what is happening to them is not a big deal or even a joke.

“For your whole life you won’t know everyone you encounter. You’ll be going to the store and the person next to you you’re waiting in line with, you’ll probably never see them again. You don’t know their name. You don’t know anything about them, but what you say and what you do does really matter,” Piper said. “It can either have a good or bad effect, and that is determined by you. You can decide for yourself whether it’s going to be bad or good, and everyone should go for that good effect.”