Could Coos County be a Blue Zone? 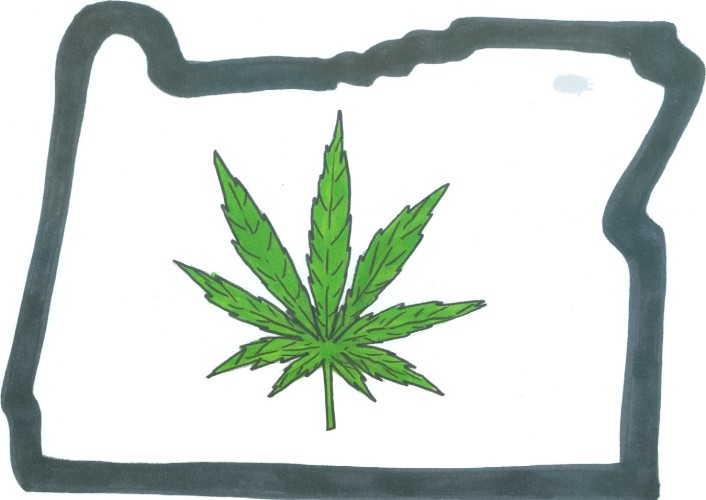 As one of Oregon’s unhealthiest counties, Coos County has begun taking steps to initiate a Blue Zone program. The program will allow the county to devise steps to create a healthier community where members live longer, healthier lives.
Out of 34 counties across Oregon, Coos County is ranked 32 for overall healthiness, according to Coos Health and Wellness Public Health Administration.

What began as a New York Times Bestseller by Dan Buettner has evolved into a global movement challenging people to live longer and more active lives. The Blue Zones Project is an opportunity for communities to make permanent changes in their environments, allowing participants to live longer and healthier lives.

According to Coos Health and Wellness Public Health Administrator Florence Pourtal-Stevens, Oregon Healthy Estate analyzed multiple counties across Oregon, and Coos County was revealed to be one of the unhealthiest communities in the state. Coos County is seeing an escalation of tobacco, drug and alcohol use as well as obesity and lack of physical activity.

“A really big point of Blue Zones is how do we ensure everyone as a community that we’re building an environment that would allow everyone to make a healthy choice,” Pourtal-Stevens said.

The Blue Zones structure was derived from examining locations around the world where people are living healthy, happy and long lives places such as Sardinia, Italy, Lo Melinda California, Okawana, Japan and Costa Rica. Aspects such as nutrition choices and regular physical activity make up the bulk of why these people are living significantly longer lives.

Pourtal-Stevens said in these places health is a priority. Communities are united by their common goal, and this makes creating a healthier community attainable. By their example, the movement has become a widespread push to spread nationally, even around the world. Oregon is one of the up and coming states keen on the idea.

“We need everyone in the community to understand that this is not an individual decision and, as a community, we really need to work together,” Pourtal-Stevens said.

Blue Zones is looking at how to prevent major health conflicts rather than respond after the fact.

According to Pourtal-Stevens, one-third of the United States population is obese. The U.S. is a major health care spender, but with poor health outcomes and many preventable unhealthy results like tobacco, obesity and an earlier onset of diabetes, along with other chronic conditions.

According to the 2013 Coos County Community Health Assessment, 27 percent of Coos County’s adults smoke, while Oregon’s average hovers at 17 percent. Thirty percent of adults are obese with a state average at 26 percent, and there is a 33 percent death rate from driving under the influence of alcohol. In addition, 30 percent of children live under the poverty line. Coos County’s teen birth rate comes out as 39, significantly higher than the state’s average of 33.

As a strong advocate for healthy students, Marshfield principal Doug Holland is in support of the initiative.

Students in schools across the county would have the opportunity to make physical activity and eating healthy a normal part of their lives. Blossom Gulch Elementary School made a similar initiative with their laps program, one sophomore Ian Emlet was a key member of.

“It gave me physical education from an early age,” Emlet said. “It helped to build character and competitiveness.”

The laps program provided students with initiative to run laps during lunch recesses and earn punch cards as a reward. Completing one card meant moving forward to the next level. Similar ideas could be put into effect with the implication of Blue Zones.

Pourtal-Stevens said the Blue Zone approach is not strict. It provides structure, tools and guidance for those communities approved for the action. The program in customizable, designed to fit the needs of specific areas within each community. Businesses, grocery stores and schools each have the opportunity to devise their own program. This is an aspect Americorps VISTA/CHP Coordinator Baily Richards said she finds particularly intriguing.

“I think part of the beauty of the Blue Zones initiative is that it allows communities to determine which intervention would be most effective depending on the needs of the population,” Richards said.

Many businesses and schools in the community already have healthy standards in place for their employees. Initiating Blue Zones would build off that strong base for future work. This is a long term project, according to Pourtal-Stevens, and from the date the initiative begins a visible drop in statistics could be seen in less than five years.

Blue Zone advocates have kept in touch with the Oregon Healthy Estate Initiative to ensure Coos County is on their radar to evolve into a Blue Zone. Sharing their excitement and spreading the word about the program are two ways those advocating are involving the community early on.

According to Pourtal-Stevens, the next step is to imbed the strategies in the area and get people onboard and willing to take a pledge to participate in the initiative.

“Healthy people make happy people and make a better economy,” Pourtal-Stevens said. “It is very difficult to contribute to society if you’re unhealthy, unhappy or sick.”