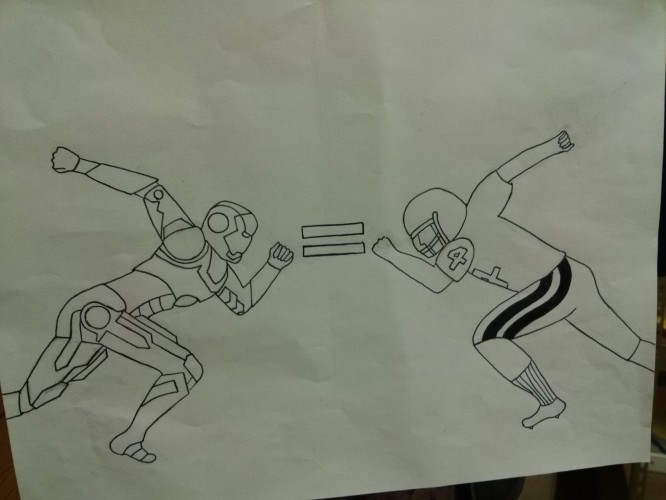 “Marshfield placed 5th in the 4A/3A/2A/1A division,” Crook said. “The best way to look at forensics is the same way you would look at track. You get so many points depending on the place you get in track and then overall that’s your team score.”

According to Crook, Marshfield students compete individually against schools of all sizes. They compete against smaller schools like Coquille and Bandon as well as larger schools like Cleveland and Lincoln.

“There is a little bit of an imbalance there with competition sometimes because some schools have more resources than others, but we still do pretty well against Portland schools,” Crook said.

Sophomore Rachel Simon placed second at the district tournament for humorous interpretation earning her a spot at state. She went on to place fifth overall at state.

“I was having a difficult week going into the state competition so I was sort of nervous about where I would end up placing,” Simon said. “Fifth place was a surprise, but I’m also really proud of myself and my team.

For junior Quinn Earle, this was her third year qualifying for state. This year, she did a dual interpretation (duo) with junior MacKenzie Stueve.

“State is actually kind of nerve-wrecking because it seems really chill, and then you’re not quite sure how you’re doing until you know if you made it to semifinals or finals,” Earle said. “It’s not like you get to see your score as its happening. You have to wait for hours.”

For some students on the team, this was their first year going to state. Sophomore Sheena Eickoff said the state tournament was fun and a good experience.

Eickoff competed alongside sophomore Aria Davis in a duo that placed fifth at state. She said the state tournament was enjoyable but competitive.

According to Scheirman, the forensics team did well overall. They are hoping to go back to state next year and place even better.

“Something I noticed was that the division we are in has increased. There are a greater number of schools that we compete against for the trophies, and for Marshfield to have its best finish in years in a larger pool, I think that’s special,” Scheirman said.