Freshman contributes to the classroom and forensics team 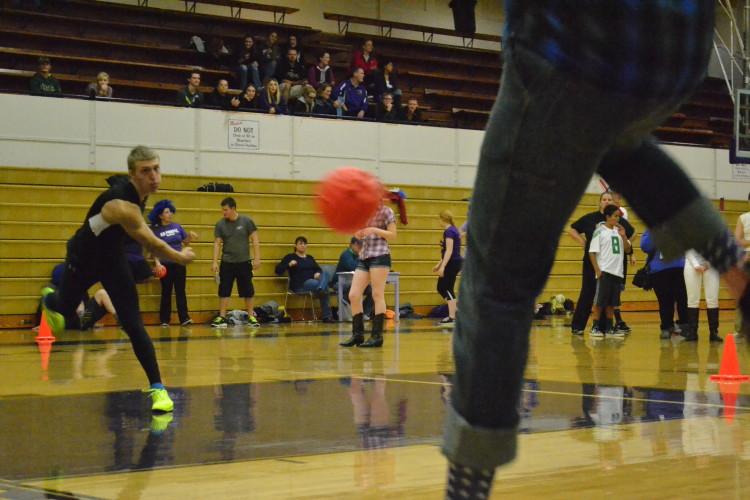 At seven years old Sam Mukaida was diagnosed with Asperger’s.
Asperger’s syndrome is a version of pervasive development disorder (PDD). These are a group of conditions that are subject to delays in the development of many basic skills, such as the ability to socialize with others, communicate and use imagination.

“We’re known to be highly antisocial,” Mukaida said. “We have absolutely no idea how to lead a social life. It’s hard to understand people.”

Although Mukaida said he enjoys his solitude, he used to prefer to be alone, purposely separating himself from others due to the constant feeling of paranoia that comes with being around people. He said the paranoia most likely derives from his Asperger’s.

However, Mukaida found other means of expressing himself that excluded him from the average social sphere. He found a home within the animated realms of video games, a place he has mastered and is constantly finding new challenges and opponents.

“There’s a lot that goes into this huge passion. Mostly it’s because they’re fun,” Mukaida said.

As an aspiring video game programmer, Mukaida has already taken some steps to achieving his goals, creating aspects of his own personally-created games.

He uses a program called Scratch. Here, a member can create levels and the many pieces that go into a video game’s final product. Mukaida has already finished a handful of projects so far and currently has a huge project in the works.

Mukaida said he finds video games have much to offer.

“They reward you with being patient. You have to work hard to be good and get experience,” Mukaida said. “It gets tedious sometimes, but it pays off when you rip through the next opponent.”

Video games provided Mukaida with an outlet for entertainment, allowing him to avoid uncomfortable social situations. Recently he has taken a different approach, not necessarily attempting to overcome the disease purposefully, but participating in an extracurricular activity to expand his social sphere.

Forensics coach Kayla Crook first met Mukaida when he was requested by a formal letter to become a member of the forensics team. Crook said she has been impressed with Mukaida’s performance.

“His attitude toward everything, towards the team, is pretty caring,” Crook said.

Crook said Mukaida excels at writing. He has come out on top in nearly every forensics event Crook has placed him in throughout the year.

“He is very good at explaining, artistic detail, very good at analyzing a situation and coming up with something different as a solution,” Crook said.

For Mukaida, joining forensics has played a major role in opening himself up to a social environment. Mukaida’s mom Traci Muday said forensics helped him to develop an ability to communicate, an obstacle derived from Asperger’s.

“It [Asperger’s] is not really something to cure,” Muday said. “It’s something that is a part of you.”

According to Muday, the forensics team has been a wonderful support system for Mukaida. The program has forced him to step out of his comfort zone, and the students involved have supported him through the journey.

“I like the people in forensics,” Mukaida said. “The people you get to work with are just awesome.”

Good friend and fellow forensics team member freshman Skyler Houghtaling said he and Mukaida met while attending Millicoma and became close through their shared love for video games and being the only two freshmen in forensics.

However, like most other extracurricular activities, forensics does not come without a cost. According to Mukaida, there are many aspects of forensics that make it extremely stressful. He said forensics is one of the most exhausting things a student can participate in, whether it is waiting for an upcoming event or performing on stage.

Mukaida said for him the act of standing in front of people and performing is not what scares him. He is far more fearful of failure.

Crook said Mukaida is devoted to his progress in forensics.

“Every time he gets back from a tournament he takes what the judges have told him he needs to change and takes those things seriously,” Crook said. “He fixes things they see as problems with his boards or speech and takes constructive criticism seriously, which is amazing.”

Along with forensics, Mukaida is involved with band and the Talent and Gifted (TAG) students program. He is currently one of the few freshmen in band and began with percussion in fifth grade.

TAG offers an alternate outlook. Students in the program created a blog where they can share their thoughts or observations with an outside viewer. Mukaida has posted a handful of his Scratch projects to the blog and will most likely post the one he is now working on.

“I see it as a good way to say how I feel, anything that I wouldn’t normally voice out,” Mukaida said.

Mukaida has found ways not to just avoid his Asperger’s, but also to understand it and accept it in his everyday life.

“He just needs to know that he is amazing at forensics,” Crook said. “He’s amazing at everything he does, and he shouldn’t give up on it because it is stressful.”