Yoshinaga brothers share a passion for the fine arts 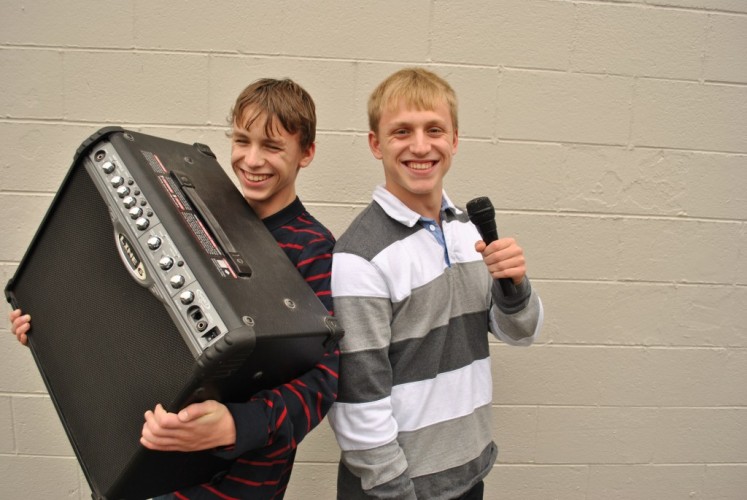 Teamwork. It is a term the Yoshinaga brothers are quite familiar with. Both senior Dylon Yoshinaga and junior Kirklan Yoshinaga are very involved on campus when it comes to the arts.

Dylon is involved in New Horizons, is the baritone section leader in Concert Choir and leads the Beachcombers.

“Beachcombers are a quartet, which consists of four members, and we are outside of school mostly, and we get music together, and we perform at concerts,” Dylon said.

Dylon not only enjoys singing in the choir, but also around the community, including local elementary and middle schools.

“I really love music; it’s a passion of mine. I sing all the time outside of choir,” Dylon said. “Since I was little I liked to sing for fun, but I guess it really kicked off for me when I sang at my cousin’s wedding.”

When Dylon joined choir his freshman year, he was nervous and a bit intimidated by a few of the older students, but as time progressed, his nerves eased.

“Junior year I started to come out and I became more comfortable singing in front of a large crowd,” Dylon said.

A few of his favorite songs include Ukrainian Hallelujah, Michael Buble’s “Just Haven’t Met You Yet,” which he performed in New Horizons, and Rick Springfield’s “Jessie’s Girl” for Beachcombers.

“I’m in love with music,” Dylon said. “It’s like you’re connecting with your audience.”

Although both Dylon and Kirklan are interested in the arts, they have not been involved in any extracurricular activities together.

“Kirklan is into drama, and earlier freshman year I was into that but I went the route of singing instead,” Dylon said.

Kirklan not only acts in advanced theater but also does the lights and sound for the performances.

“I’ve done the lights for “A Midsummer Night’s Dream,” and that was when I joined advanced acting,” Kirklan said. “At first it was kind of tough to learn all the cues for the lights and sound but it got easier.”

However, Kirklan’s love for theater and acting began before high school.

“In the seventh grade we did a mini act of “A Midsummer Night’s Dream,” and I was Oberon,” Kirklan said. “And in the fourth grade I was a guard in a one act of “Beowulf.”

Kirklan has considered taking the experience he has learned and using it in the work force.

“I’m definitely considering trying to go into an acting program, maybe going to SWOCC and moving up,” Kirklan said. “I might go into something involving being a sound technician.”

Working in the arts not only gives them a common passion but also brings them closer.

“As Dylon says, there couldn’t be a Dylon without Kirk or a Kirk without Dylon,” Kirklan said.