Parkour Lands in the Bay Area 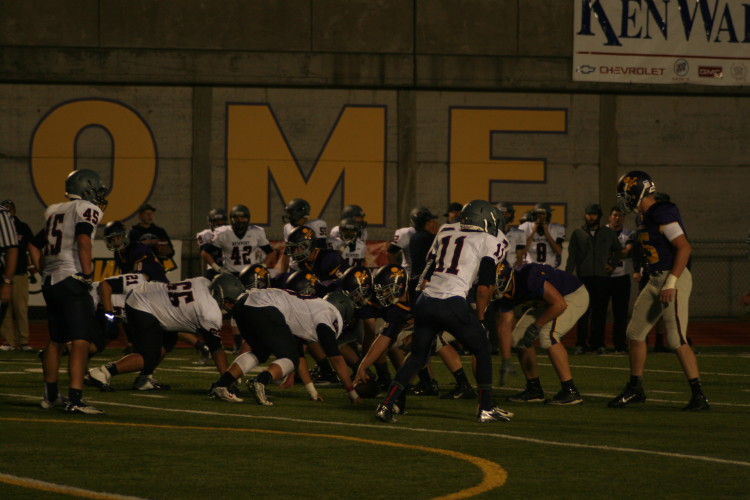 Flying and slicing through the air with precision may seem like a daunting task for the average person. However, for a local group who go by “Nature’s Outcasts,” the common limits of the body are defied. For junior Hunter Drops, this is an everyday activity.
“It’s incredible,” Drops said. “It’s amazing what your body can actually withstand and what it’s capable of doing.”

Nature’s Outcasts, consisting of Brent Gomes, Brahm Cross (both homeschool students) and Drops, have immersed themselves in freerunning and parkour, which they claim everyone can do and receive many benefits.

“It gives a sense of freedom,” Gomes said. “The whole weight of being a teenager is pretty stressful and freerunning is a way to let go of all that.”

Drops said he has similar views.

“I use it whenever I’m stressed or bored as another fun activity to do. The special thing about it is you don’t need a lot to go do it, and you can do it anywhere,” Drops said. “So it’s cheap, fun to do, and it’s great to be outside.”

According to the World Freerunning Parkour Federation, the word “parkour” comes from the French word “parcours,” which literally means “the way through” or “the path.” The sport has recently been growing rapidly, as the activity was popularized in the video game series Assassin’s Creed, where the character could use the ability of freerunning to quickly clear obstacles. Gomes was introduced to it through media.

“I saw it on TV. I was actually watching American Ninja Warrior and there was a freerunning parkour athlete, so I looked up what that is and the rest is history,” Gomes said.

For Drops, freerunning has helped him make advances in athletics and help compete for track and field at Marshfield, primarily for the pole vault.

“I began as a vaulter before I was a freerunner, and by doing freerunning I got more body control and special awareness,” Drops said. “It made me stronger, and that all incorporated into vault because it’s so technical and requires a lot of components.”

Along with pole vault, it encouraged Drops to begin going to gymnastics and eventually led him to join the cheer team.

“It’s a big part of why I started cheer,” Drops said. “It really helped with tumbling.”

Nature’s Outcasts have already started expanding their training outside of the Bay Area, taking trips to other areas to train. Their ultimate plan is to take their recreational hobby to a competitive stage.

“We’ve taken road trips to different places for training,” Drops said. “There’s competitions in bigger cities like Seattle and Los Angeles, and we hope to go to one of those and compete.”

For the group, although they see competitions in the future, they are continually improving due to internal desire.

“We aren’t out just hucking move for no reason,” Gomes said. “We want to get better because it’s something we’re passionate about.”