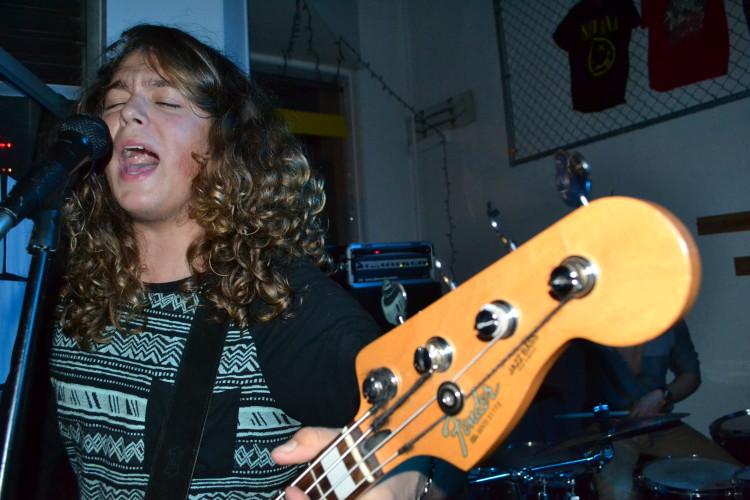 Baseball
Baseball at Marshfield is up and running, and the team is hoping to do well in the upcoming season.

Senior captain Austin Soria said the outcome of the games so far do not show what they hope for in the future.

“A little rough at the start, but we can always turn it around. It’s just preseason. That’s what preseason does, it helps us get ready for regular season league games and I feel like we’re going to do well,” Soria said. “I wasn’t expecting us to be perfect, we still need work.”

Head coach Scott Carpenter said he has seen examples of efficient teamwork and he hopes the team can put that to use.

“We’ve played a tough nonleague schedule. As far as wins and losses it hasn’t went well, but we’ve had our moments where we’ve shown that we have potential,” Carpenter said.

The team is already working on turning their record around, not only together but with individual work.

“I’ve seen a lot of improvement from everybody,” Soria said.

According to Soria, the best part about baseball is having fun with his teammates.

“We’re all a family. We all joke around and its fun being around them,” Soria said.

Carpenter said he expects the team to succeed.

“We’re expecting to do well.” Carpenter said. “We’re trying to find our stride, and once we hit that we’ll be good.”

The starter’s pistol for the track and field team has gone off.

According to head coach Richard McIntosh, the team is expected to do well this season.

“I think our girls can win a trophy at state and our boys are going to challenge for the league title,” McIntosh said. “I hope we win a state championship.”

Senior captain Brittany Cook said she likes that one does not have to rely on a team during the event.

“I like the challenging aspect of it. It’s kind of a mental thing, you have a team but it’s an individual sport,” Cook said. “You have your own race, and you can’t rely on other people.”

Cook also said even if it is an individual sport, the team helps with building self-confidence.

“The team is great. You can really rely on people to boost your confidence and we have a lot of fun,” Cook said. “I just really enjoy the camaraderie, even though it is an individual sport.”

Cook said the team has strength and they will do well.

“There’s a smaller boys team. We’ve got a lot of throwers so I think that on the boys side there’s a lot of strength on the throws, a few good distance runners and a lot of kids that have really worked hard, so I think that’s going to go well,” Cook said. “The girls team has a lot of returners. I think it’s going to be a good season.”

“At Marshfield this will be my third year,” Toy said. “This is my second year as the head coach.”

Toy has also been playing softball since her childhood.

“I started playing T-ball when I was about five,” Toy said. “I played all the way through college.”

Toy said she has high expectations for the team.

“I expect us to do very well,” Toy said.

According to Toy, there were some obstacles to overcome in the beginning of the year, but she is looking forward to overcoming them.

“We’ve had a little adversity at the beginning of the year with some injuries,” Toy said. “I’m excited to get everybody back to full force.”

Senior shortstop Katelyn Rossback said she has been playing softball since she was in eighth grade and baseball before that. According to Rossback, the arrival of new players will contribute to the success of the team.

“We gained a girl from Bandon and Wisconsin, both a junior and a freshman, for third base and center field,” Rossback said. “The work they put in and along with the other girls i think we have a good chance of winning league.”

This year’s boys tennis team is serving up a racket.

Senior Ryan Reed has been playing tennis for two years. According to Reed, the team will do well this year.

“Personally, I feel like my doubles partner, [sophomore] Austin Muncy and I, are going to do pretty decent,” Reed said. “With all the new kids everybody has been showing some pretty good improvement.”

Reed said he wants to improve since they had a rocky beginning.

“We had a rough start against North Bend, but I feel like we can do a lot better later on in the season,” Reed said.

Head tennis coach Greg Mulkey said he is excited to be involved with tennis.

“This is my first time helping out with the tennis program,” Mulkey said. “The thing that’s exciting for me is I’m learning right along with them.”

According to Mulkey, the team has a diverse amount of experience and is getting better.

“There’s some guys that have played for a couple of years and then there’s ones that this is their first year,” Mulkey said. “Those that haven’t played very much, you see that growth.”

Mulkey said he expects the tennis team to do well this year.