Local musicians stand up against bullying 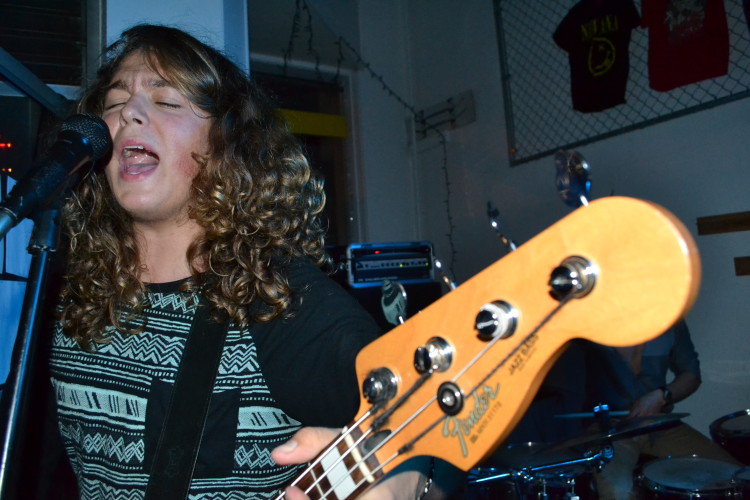 Bullying has been a prevalent issue across the nation for decades, but it seems to be a more serious problem in the bay area for many teens and adults.  Bullying has even taken an unexpected rise in the harassment of individuals through social media. Sometimes, even by people who one has never had contact with.

To show that tormenting people for one’s own amusement is unacceptable, organizations have put together events and occasions to help promote respect and decency towards others. Kiana Vegar, a local resident and volunteer at Time Bomb, has been bullied persistently throughout her life.

“I had visited a friend who had brought me cookies, and I posted a picture of me eating one while thanking him. Then some random guy was insulting me,” Vegar said. “He called me fat and said I should kill myself.”

According to Vegar, bullying is not something that stops after high school.

“All through high school I was bullied, even as an adult it still happens to me from other adults,” Vegar said. “The fact that so many are willing to stand up and happily participate in this, is exciting.”

“Bullying is going to be anywhere,” said Casas. “I think it’s decreased a little bit, but it’s still a serious issue and shouldn’t matter the amount.”

Libbi Brighum, one of the owners of Time Bomb, had come across the post and was sickened to see someone purposefully be so vile toward someone else. This led her to research events to fight against bullying.

“I started looking into anti-bullying events and together, we thought up this event,” Brighum said.

Time Bomb dedicated their time to put on the anti-bullying event in response of their friend’s and other people’s unfortunate harassment. On Oct. 18 they hosted 11 bands, and a group of speakers who shared their experiences to the crow throughout the day.

“I’m hoping people will think before they speak or act and stand up to their peers or friends who do [bully],” Brighum said. “I want people who have bullied to step up and reflect on their actions and show their regret.”

“I’ve been bullied since kindergarten. I want to share my experiences in hopes to prevent bullying and reach out to people,” Spencer said. “I hope it will make a difference, because deep down, people care and want to make a change.”

The event brought in a continuous crowd throughout the day, helping bring recognition to those that have been bullied and to band together over a common ground of music interests.

“Everyone enjoys music and it’s a good way to raise awareness to this problem,” said Casas. “It’ll show that there’s a safe environment for people, so they won’t feel alone.”