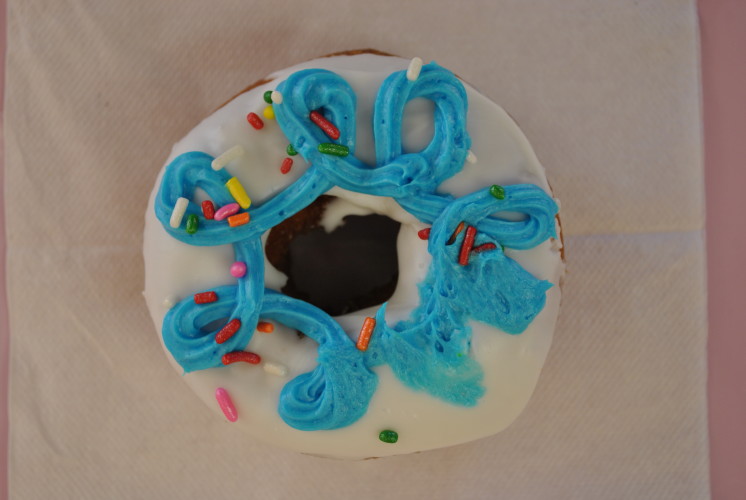 Since its grand opening in 1977, the Sugar Shack of Reedsport, Ore., has been providing baked goods for anyone with a sweet tooth. For many, stopping in for a doughnut on their way through town has become a time honored tradition. Now, by popular demand, the Sugar Shack has opened a second location here in Coos Bay.

Leading the crew at the Sugar Shack are co-owners Vern and Angie Hausmann. Vern’s parents founded the original Sugar Shack when he was 13 years old. He has worked there for most of his life.

“We started selling wholesale to the local businesses and restaurants in 2010,” Vern said. “We had a lot of people trying to get us to open a store down here.”

The Hausmanns said they found the perfect location for the Sugar Shack, nestled in Bunker Hill, in the former Taylor Maid Do-nuts Bakery.

An average day for the Hausmanns starts by arriving at the Sugar Shack at 3 a.m. and preparing 150 to 200 dozen doughnuts to be sold in their bakery. Due the popularity of the baked goods, the bakery has remained very busy. Selling out before closing time has become a common occurrence. However, on days when the Hausmanns do not sell out, they take all of their unsold doughnuts and give them to the local homeless shelter.

“It’s something I thought of a while back,” Vern said. “We take them to the T.H.E. house and they distribute them from there.”

Since the opening of its new Coos Bay branch, the Sugar Shack has become a popular destination for students. Junior Destiny LaPrade is one of the many Marshfield students who frequent the Sugar Shack.

“I go there once or twice a week with my friends,” LaPrade said. “They’re really good.”