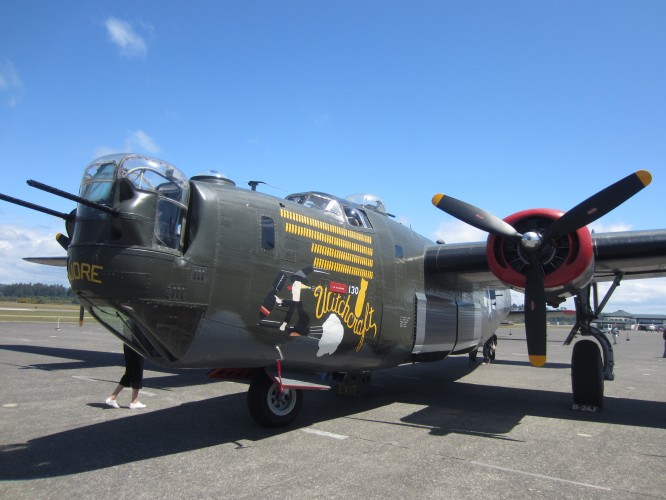 Teacher Jeff Eberwein has given several students in his Aviation History class the oppurtunity to receive experiences flying a plane.

In most high schools, electives are required criteria one must meet in order to graduate. However, in Jeff Eberwein’s aviation history class, some select students get to experience flying a plane.

Along with a few instructor pilots from Southwest Oregon Regional Airport, Eberwein and a group of students will travel to North Bend Airport and have the opportunity to get one-on-one instruction on piloting as well as the chance to go up in a plane.

“These kids are getting kind of a once-in-a-lifetime experience,” Eberwein said.

Junior Dylan Cole is looking forward to the possibility of the flight counting toward his first hour of instruction, which can then be logged and put toward a pilot’s license.

“At one point I would like to go and get a pilot’s license,” Cole said. “Am I going to follow a career in aviation? I’m unsure.”

Eberwein has already played the role in many aviation events in Marshfield’s history. Last school year, with the help of Eberwein, three WWll airplanes from the Collings Foundation landed in North Bend and students were given the chance to visit the planes.

The idea of getting students into the air started during the visit from the WWII planes when Coos Aviation’s Joe Pedro approached Eberwein with the suggestion of teaching some of his students.

“Joe and I have been working together to make this happen since last spring,” Eberwein said. “What we’re trying to do is get the cooperation of three different pilots to take up about 25 kids, fly them around the city, airport, down the coast a ways.”

Cole said those involved in the aviation history class are being given a rare opportunity that is unique to Marshfield.

“Eberwein is a great teacher and he’s given us an opportunity that I feel like a lot of people can’t do,” Cole said. “Getting the first hour of flight time just for taking an elective in high school is really awesome.”

The planes the students will learn in are small four-place aircrafts. This means the student and pilot will be in close quarters throughout the ride. Most of the class members are unfamiliar with small aircraft travel, and Eberwein said they will be pleased with the experience.

“When you fly in a small plane for the first time, and they push that throttle forward and they pull back on the stick and take off, it’s a pretty exhilarating and exciting experience,” Eberwein said.

The flights are tentatively scheduled for April 8 around 10 a.m. Those involved will fly with a pilot for about an hour before landing. The cost is being covered by the owners of the planes and Coos Aviation.

Eberwein said he is confident the flight will have a positive impact on those involved and is looking forward to their reactions.

“They’re gonna be stoked when they get off that plane,” Eberwein said.